Much like the tech-genius/multi-billionaire/superhero that it pays homage to, the new Iron-Man branded Galaxy S6 edge (review) is certainly not for those that shy away from the spotlight. In a movie sponsor to real-life product mash-up that was teased a few weeks ago by Samsung, this new red and gold variant will be an exclusive release in the Southeast Asian nations of South Korea, Hong Kong and China for now. 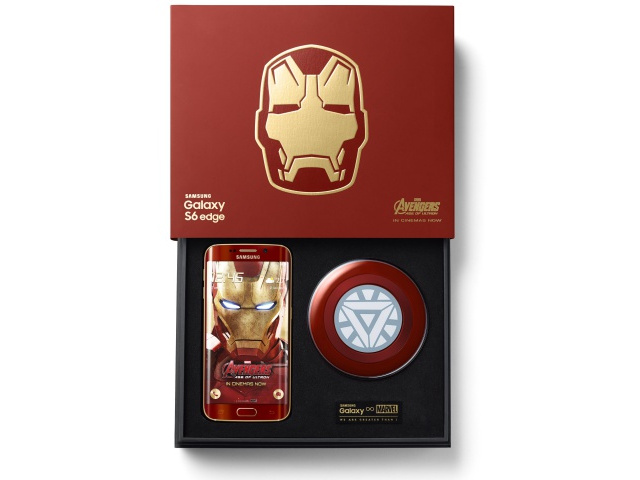 So apart from sporting a new paint job reminiscent of Iron-Man from the recently released Age of Ultron (review), what does this S6 edge have over its standard brethren. Well for one, it comes a pretty snazzy looking box, as featured in the unboxing video below courtesy of Samsung themselves. There is also a wireless charging platform that's designed to look like the iconic arc reactor that sits in the centre of Iron-Man's chest. It also comes with similarly red and gold coated headphones, chargers and a clear back cover to protect the S6 edge, which is emblazoned with a gold Iron-Man mask.

Not just keeping with the Iron-Man look on the outside, the UI, wallpapers and app icons have all received a redesign that we're sure Tony Stark would approve of. Whether or not Robert Downey Jr. will ever use one is up for debate, especially as he's the spokesman for HTC.