As creator of the outstanding Sparko (which you can read for mahala online here), Karl Stephan has been on our radar for a while. We tracked him down to talk about the UK comic book scene, webcomics and drinking beer. 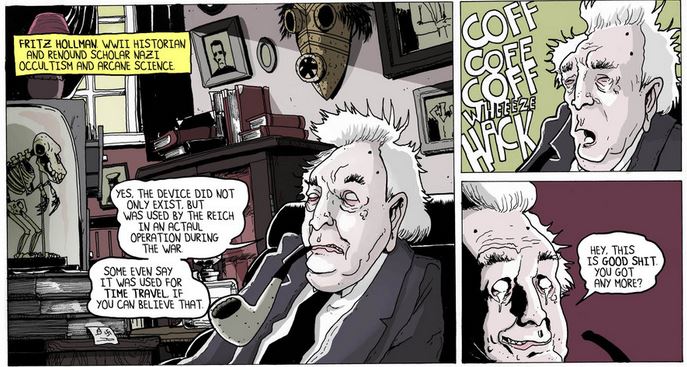 TechSmart: You're based in the UK but hail from SA. How is the scene looking over there?

Karl Stephan: Well, there are two scenes in the UK. The professional scene is wholly contained in the perennial 2000AD and Judge Dredd magazine, which is going through a revival of sorts with the recent Dredd movie and expansion into the American comics market.

Then you have the small press which doesn’t seem to have all that much going on apart from a few high quality 2000AD fanzines (like Dog Breath and Future Quake). You do see indie self-published (mostly Xeroxed) titles at comic shops like Gosh! in Soho. But then there’s a publisher of smaller titles called Markosia, which always seems to have a stand at the bigger cons. Titan also started publishing creator owned titles in 2013. There’s a more arty publisher called Self Made Hero that have a following and I’ve noticed the emergence of the Phoenix, a new weekly children’s comic that looks really fresh and interesting.

In the UK there are a shedload of ‘comic’ festivals that focus more on games and movie franchises rather than actual comic books. There are a few exceptions to this, like Thought Bubble in Leeds, but for the most part UK comic cons are just geared towards cosplayers and D-grade Star Wars actors who you have to pay to sign your plastic Wookie. 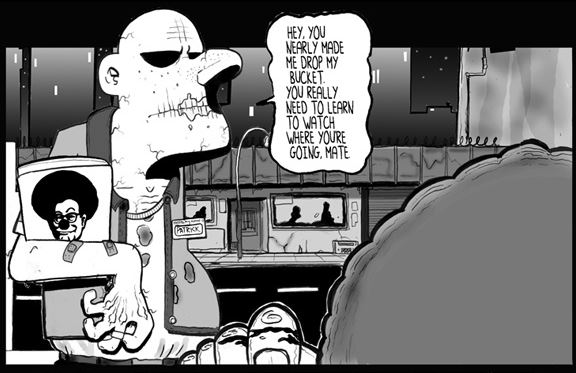 Any lessons for the SA scene?

I don’t think there is such a thing a ‘local’ scene anymore. The difficulties and costs present in producing and distributing physical books has shifted the focus more on webcomics. For indie guys like me this looks more and more like the way forward. There are obstacles of course, like the Vatmoss regulations that place a heavy administrative burden on the sale of PDF’s in the EEA and the fact that no-one has quite figured out how to monetise webcomics properly.

I guess the SA scene would do well in embracing the new digital marketplace and look towards selling uniquely SA comics to the rest of the world. There’s never been more interest in SA culture, just look at Neil Blomkamp and Die Antwoord.

I have been working on new material for a prequel to Sparko called Mary Boys. It stars the Templars when they were kids (see below). 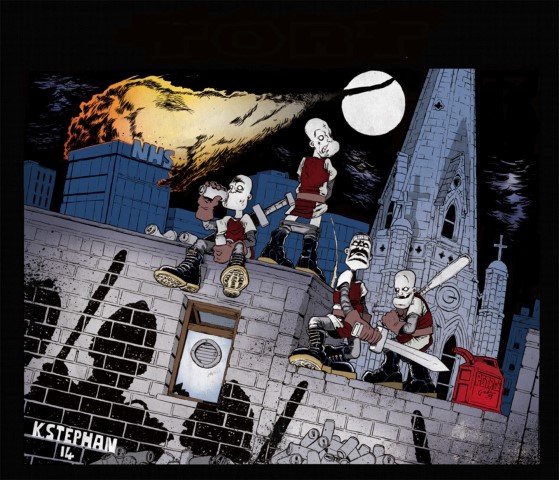 Apart from this I’ve been trying to improve my drawing skills, so I’ve been spending time learning anatomy, perspective, colour theory etc. from the ground up. My dream right now is to produce something both well rendered and meaningful to me.

Has London been a big source of inspiration?

Definitely. Sparko couldn’t have been done anywhere else. There’s so much here that can’t be gleaned from books and movies.

How do you get your creativity going?

Listen to metal and drink copious amounts of beer. 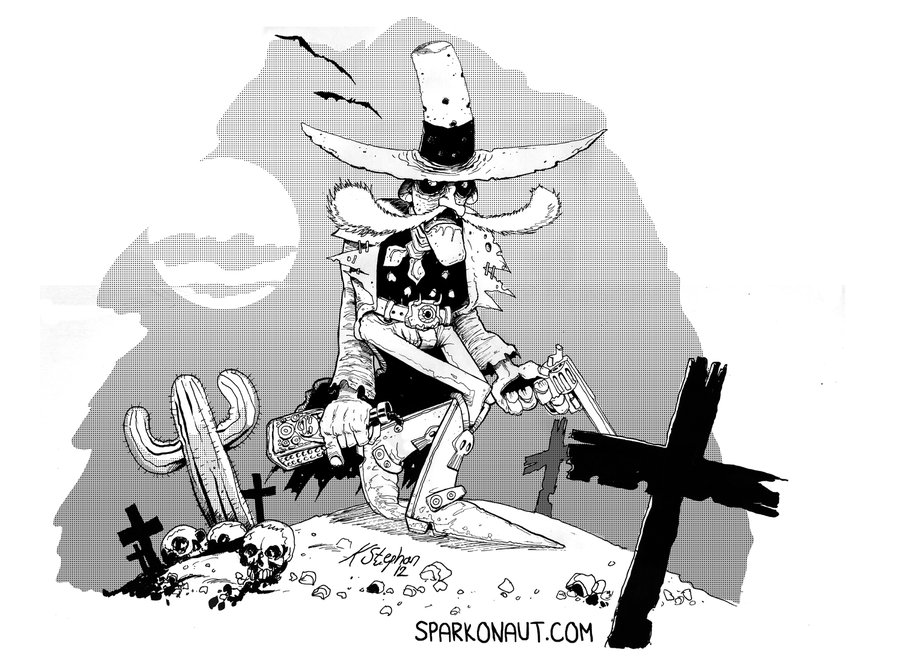 At the moment I’m enamoured with the greats, like Will Eisner and Jack Davis. I also love Mick McMahon (Judge Dredd) and Mike Mignola (Hellboy). Eric Powell of Goon fame is awesome too.

For a long time it was SLG, but they don’t seem to publish much anymore. I don’t know, I don’t have any particular loyalty to any one publisher’s output. Although if there was a hierarchy of preference I’d rate The Big Two at the bottom of the rung for taking such cheap shots in the promotion of their superhero titles.

Death of the Endless. It’s more akin to a full-blown love affair. 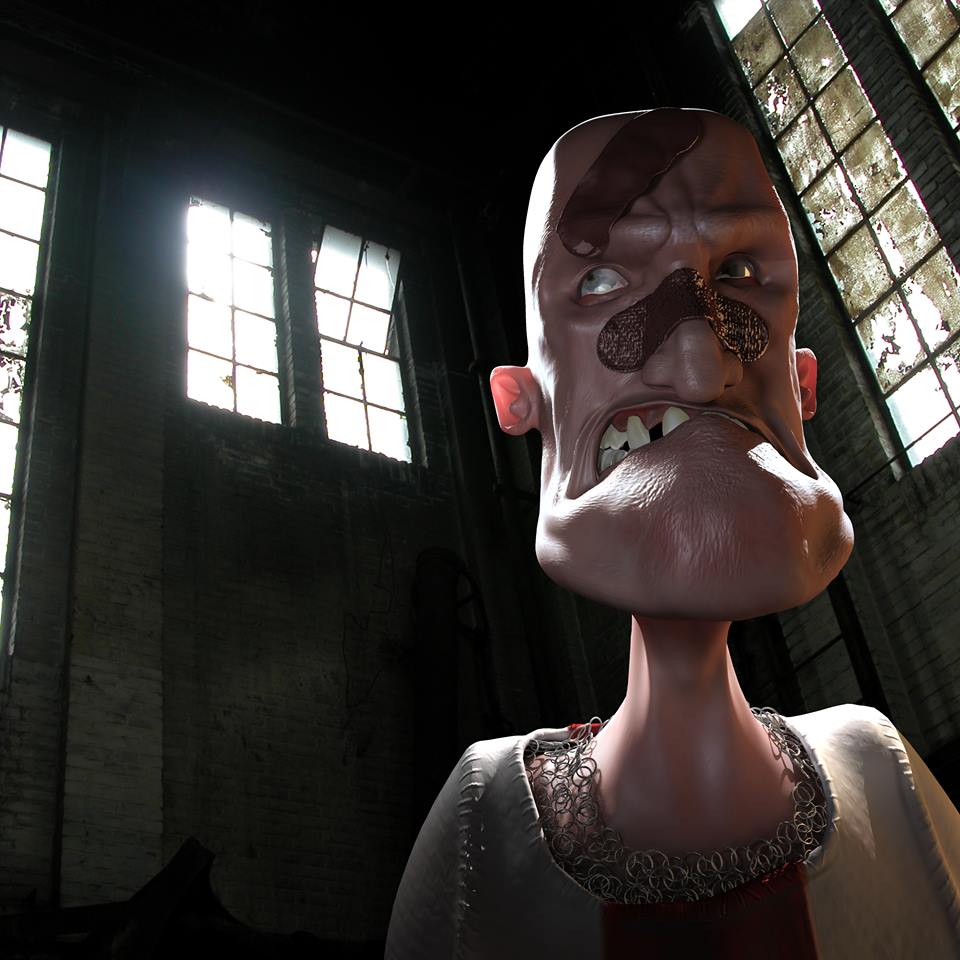 Don’t do it, nothing good will come of it! Well, at least do something that you would be happy with, whether it sells or not.

I have my portfolio up at karlstephan.co.uk. I’ll be putting a new website together in the near future for Mary Boys. Print copies of Sparko are available through my publisher, SLG Publishing and Amazon. 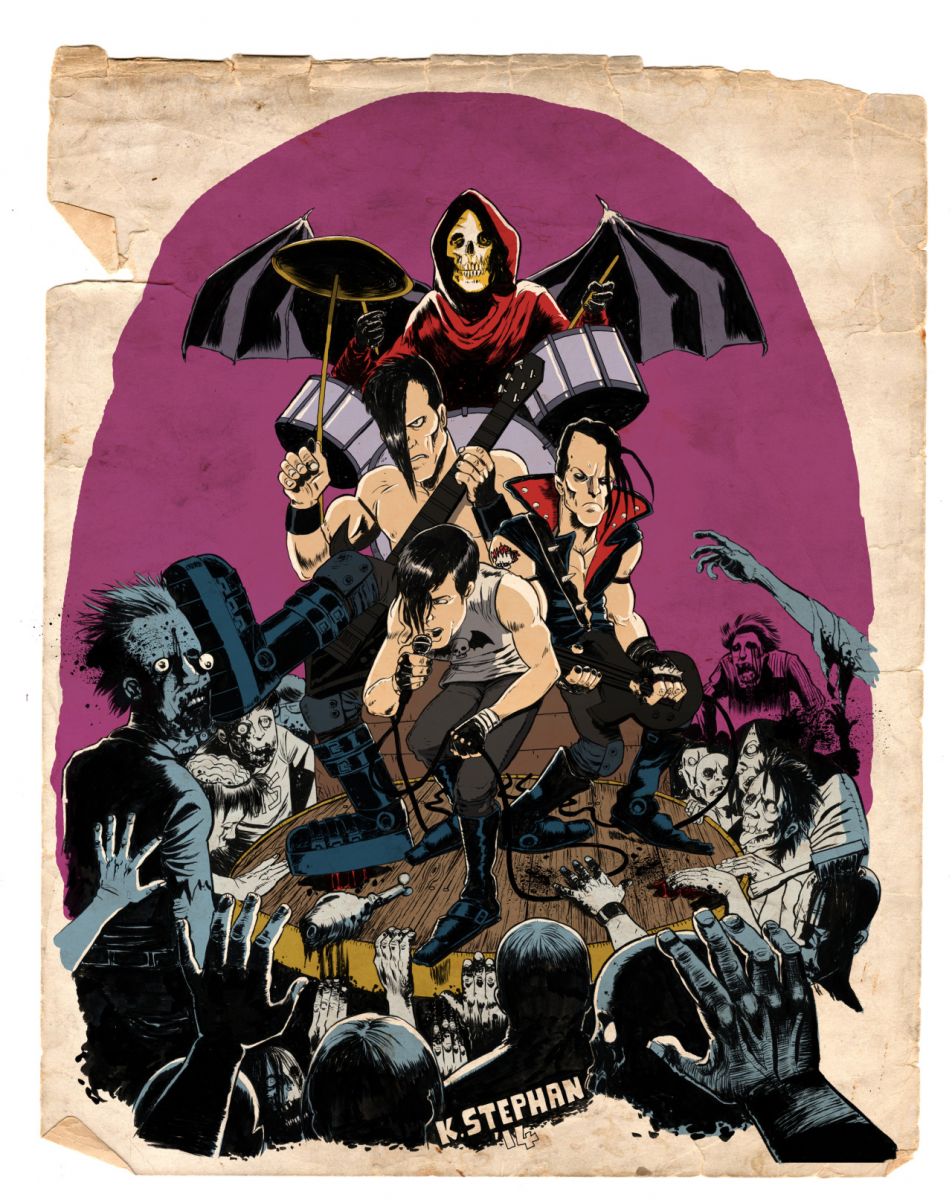