Day one of the first Women in Tech Africa Conference, which took place in Cape Town earlier this week, began with a resounding message: diversity is key, but women must not wait to be recognised.

A prime example of this: Haidi Nossair. She did not study technology, but rather graduated in languages, yet then fell into the technology world by pure chance. This began a journey that would eventually lead to the top echelons at Dell Technologies. But that didn’t mean she knew she wanted to be there:

“You really have two options in life. You choose where you are going or, if you land somewhere, you choose what will happen,” she said to the audience at the first Women in Tech Africa conference. 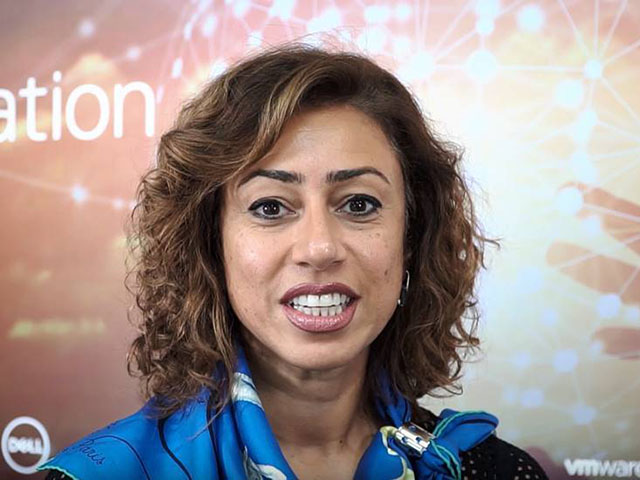 Nossair was delivering the opening keynote to a packed room, predominantly filled with women from a range of companies and sectors. For what could have been yet another superficial attempt at covering diversity in the workplace, this conference is clearly different.

As if elevating that point, Nossair - who is Dell Technologies’ marketing director for Africa, Middle East and Turkey - said she didn’t have the familiar story that many women in the STEM (Science, Technology, Engineering and Maths) fields can tell: that of early exposure to the STEM world through a parent or any real interest in the technology sector.

Yet soon enough she did see the potential in technology to help improve the lives of others and through this ascended the corporate ranks. Of late that mission includes driving diversity in the workplace:

“Diversity is not nice to have. It’s a business imperative,” she explained, adding that if by 2030 women were advanced to equal levels of employment as those of men, the global economy could gain $5.3 trillion.

Getting to this point was part of the conversation at the conference, which covered numerous tracks around technology. Many were not focused on creating diversity but instead offered the largely female audiences more professional insight into various topics that are touched by technology. These vary from staunchly technical fare such as cloud optimisation and getting into data science to practical advice such as how to present technology principles to a non-technical audience.

But a good amount of it is focused on helping women gain importance and equality in today’s workplace. Nossair urged women to not wait to be noticed:

“Speak about what you’re good at. Promote your talents and your brand. Hard work isn’t always appreciated - perception counts as well.” 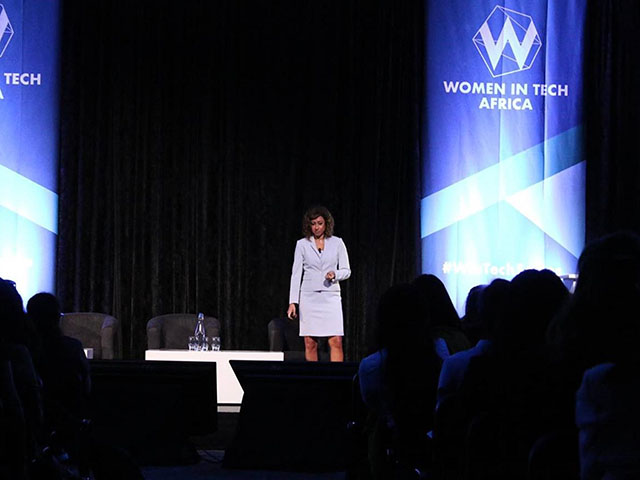 Her sentiments were echoed by Mavis Ampah, who took to the stage after Nossair. Ampah is highly accomplished, particularly in matters of ICT and telecommunications policy. A Harvard alum, she has been instrumental in major ICT developments in Africa, including work with the World Bank to privatise Ghana’s telecommunications as well as arranging funding for several of the major submarine cables landed on the continent’s shores.

Yet despite such verve and clout, she felt she had to keep justifying herself, something that continues to happen.

“To this day still people will ask me where the coffee is! Experiences haven’t changed,” she told the bemused audience who murmured in agreement.

To meet this head on, Ampah presented several tips to women everywhere, such as taking advantage of opportunities, claim your success, accept failure with dignity, learn that saying ‘yes’ all the time isn’t good, and stop feeling lucky:

“You aren’t ‘lucky’ to be somewhere. You are smart and talented and work hard. You deserve your success.”

She also encouraged the audience to take more risks, look for mentors and to be a mentor yourself. Nossair similarly gleaned from her experience rising through corporate ranks, offering advice to companies as well. Leaders must champion diversity and help create a culture of inclusion, programs can be used to create consistent and measurable improvements such as mentorship and unconscious bias training, and a pipeline should be established to start at the lowest levels and begin to train women.

Day 1 of the Women in Tech Africa Conference concluded with a lot of engagement and excitement, delivering both messages to improve diversity and giving women the space to improve their professional skills in technology and the workplace in general. As a supporter and evangelist for the power of diversity, Dell Technologies is proud to be one of the sponsors of this inaugural event.

“The number of lives that could be saved by technology is huge,” said Nossair. “That’s why I’m still in IT.”