A company by the name of Bluestacks revealed back in May that it received the first-round investor funding of $7.6 million for its virtualization technology. This makes it possible for Google’s Android mobile operating system (OS) to run atop Microsoft’s Windows PC OS.

Now the company has announced Cloud Connect (video posted below), a cloud-based service that enables a Windows PC to become an extension of an Android mobile device and vice versa. Via Cloud Connect, any application on an Android device (operating on Android 2.1 and up) can be accessed on a user's PC with a simple click and sync.

Users can download (402 kb) this free Cloud Connect App from the Android Market and instantly sync their mobile apps to a PC to be able to play mobile games and use their Android apps on the bigger screens of their computer. You also need to download (117 MB) the Bluestacks App Player (alpha) software for your PC to use this service. 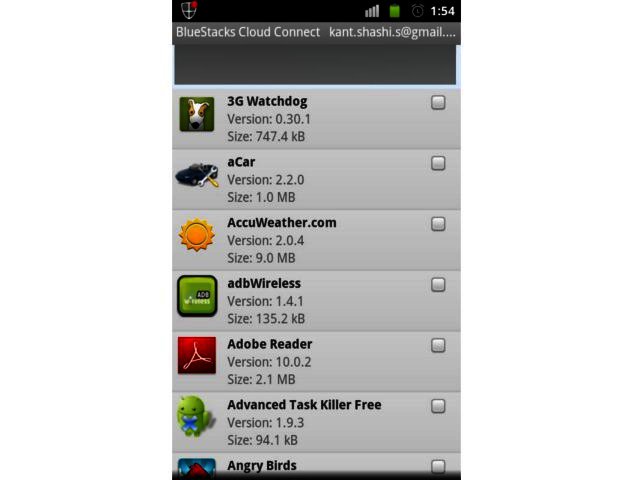 A custom "Apps Channels" page enables users to manage their apps in the cloud, by easily viewing which apps have been downloaded to their Android-operating smartphone or tablet. In addition, a "Featured Apps Channel" provides users with direct access to the latest available apps from developers, making it possible to circumvent the Android Market. The company stated that developers and device manufacturers do not need to make any changes to their apps for them to make use of Cloud Connect.

"Our vision is to make smartphones and PCs work together to provide a seamless experience for the user," said Rosen Sharma, president and CEO of BlueStacks. "There is a generational shift that has taken place. For young consumers, the smartphone is their first computing device, with the PC being secondary. Cloud Connect accelerates the convergence of mobile and PC, allowing users to access all the same apps across devices."

"The innovation in apps has shifted from the PC to the mobile and the rate seems to be accelerating. Cloud Connect will become the conduit for that innovation and will further accelerate its adoption," explained Sharma. "We see a lot of things we can do with Cloud Connect. It will be a source of constant innovation. Stay tuned."