After recently making new DLC available for Assassin’s Creed III, Ubisoft is already charting the way to the next title in the popular franchise, by revealing the name and cover art of the fourth installment in the series.
All we know about Assassin’s Creed IV: Black Flag thus far is that it will tell the tale of a brand new hero and takes place within a new time period.

The game promises to take the swashbuckling adventures onto the high seas, and although details surrounding the plot are scarce, Ubisoft stated that it will be announcing more details around this title next week. 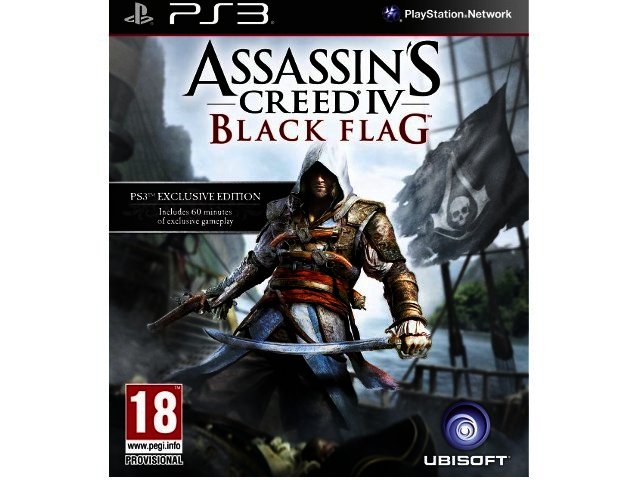 There is an awful lot of excitement about the big StarCraft II: Heart of the Swarm Invitational taking place on the 16th of March. With a prize pool of R35 000 up for grabs, local StarCraft fans are now given a chance to actually compete in the final tournament, to be held at The Campus, Bryanston.

There’s little time to prepare, since the wild card qualifier tournament is starting tomorrow (2 March) 14:00 online. If you were born ready, head over to Polarfluke for more info.

EA has declassified the details surrounding a three-part DLC, which will head out of the development pits onto the open-world racing game, Need for Speed Most Wanted (NFSMW).

The first part of this DLC trio kicks off with Need for Speed Most Wanted Terminal Velocity, which introduces players to Hughes International Airport, an expansive new location in Fairhaven City. Gamers will be able to race, jump and drift within new cars, including the Porsche 918 Spyder 2013, BMW 1 Series M Coupe 2012 and Audi RS3 2012. Need for Speed Most Wanted Terminal Velocity will be available for 1200 MS points or R133.

The second piece of NFSMW DLC is dubbed Need for Speed Movie Legends and features five of the most iconic cars from the movies including two Bond cars in the Aston Martin DBS 2008 and Aston Martin DB5. Players who would rather evade the cops than chase down terrorist and criminals within 007’s famous cars, will get to climb behind the wheel of the Pontiac Firebird Trans-Am Special Edition 1977, Dodge Charger R/T 1970 and the Shelby GT500 1967. Need for Need for Speed Movie Legends will be available for 800 MS Points or R88.

Gamers will also be able to get all three of the DLC packs within a single bundle that will be available for 2000 MS Points or R221. 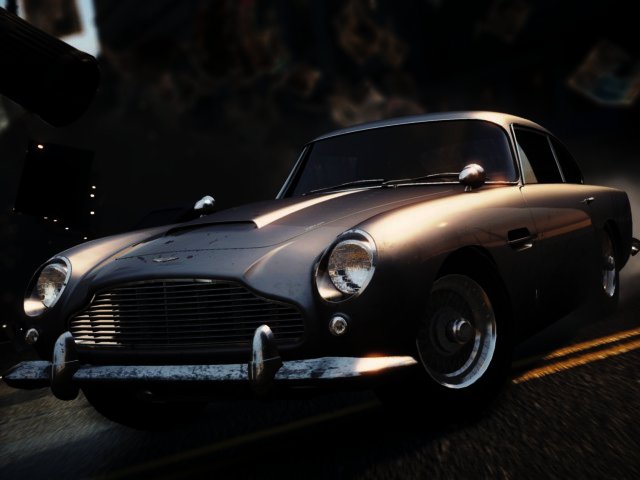 Ray of light for THQ’s other franchises

One of the sad and inexplicable fallout’s of THQ’s demise is that no other studio picked up a few of the publishers outstanding franchises. Indeed, the fate of the Darksiders franchise looked dire, after Vigil Games was left dangling in the wind.

Now however, THQ will apparently hold a second auction that will give the industry another chance to pick up a few of its choice intellectual properties, including Darksiders, Homeworld, Red Faction and MX.

Initial bids will apparently open from the 1st of April and close by the middle of the month. Could it be that Death is not Darksiders’ final visitor? Let us hope.

In light of the high acclaim that the Uncharted series has received and the preliminary glowing reviews that the new Tomb Raider is already garnering, players who love their Indiana Jones-inspired games apparently have yet another to look forward to – Deadfall Adventures.

The game, which is due for release by the The Farm 51, differs from the aforementioned titles as it is a first person shooter.

Looking at the trailer below, the game hints at being a little bit of a mash up between the 80’s Allan Quatermain and the Lost City of Gold, Indiana Jones, and Uncharted.

The title’s protagonist, the interestingly named James Lee Quatermain, will apparently have to contend with Nazis and supernatural threats while searching for ancient relics and solving puzzles along the way.

The game is set for release towards the end of July, but will only be venturing to the Xbox 360 and PC. Hit the video below to see if you will be seeking this one out.
Remember, Remember Me? It’s coming...

Remember Me, a game that has flown a little under the radar as compared to some of the other forthcoming titles, has been dated again, only this time for appearance in June rather than May. To refresh your memory, the game is set in Neo Paris in the not too distant future of 2084.

Players will step into the shoes of Nilin, who has the rather unique ability of not just entering a target’s mind and collect their memories, but is also able to manipulate those memories as well. Problem is, her former employer has erased her own ability to recall her past, which sets her on a path to discover why.

Helping keep the title in mind is the fact that the developers have released a new trailer for the game, which only fuels our hopes that this is one title that will prove unforgettable.

Hit the trailer below to see if you will remind yourself to remember Remember Me.
New combat trailer for Mars War Logs

We’ve had an entertaining time with Spiders Studio’s Of Orcs and Men, and their latest offering, the cyberpunk RPG Mars War Logs, looks as if might have a few interesting tricks up its sleeve.

After providing a bit of a taste to what’s happening  in the game, the studio has now released the latest combat trailer, explaining how our hero will butt heads with various enemies on the Red Planet. The game is set for release this autumn, although an exact date is still missing.
Contributions by Mike Joubert and Hanleigh Daniels
TAGS:
Gaming News Round-upcomputer and video gamesSonyDLCAssassins Creed 4Remember Me
USER COMMENTS