Mozilla has made the latest version of its popular Firefox web browser available for download, right in the wake of Chrome 23’s recent release. Firefox 17 incorporates a new social API (application programming interface) that enables social sites to integrate their services right into the Firefox browser. This social API includes features such as a social sidebar, toolbar notification buttons and the ability to chat.

Windows, Mac OS and Linux users new to Firefox can download the browser (approximately 18.5 MB - Windows PC version), whilst Firefox users can click on the About Firefox section under Help within their browser to upgrade (around 10 MB for Windows PC) to the latest version. 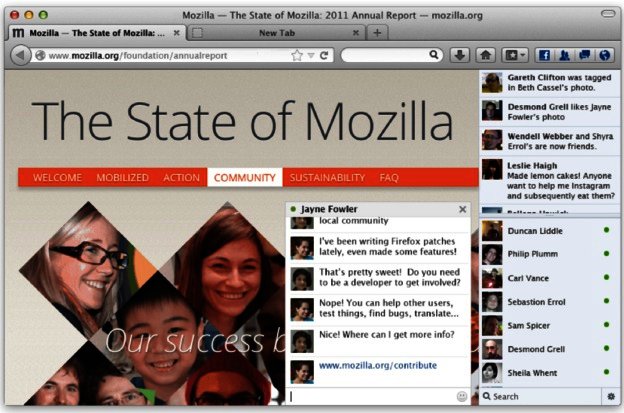 Smartphone users have not been left out of the update loop as Firefox for Android has now been made available for more mobile users. The newest version of Firefox for Android boasts support for a number of smartphones using ARMv6 mobile processors. Firefox for Android was previously only available to smartphones running on Android 2.2 or better, that were powered by ARMv7 CPUs. Now more users can download the browser for free from Google Play for their phone, including HTC ChaCha- and Samsung Galaxy Ace owners.

Additionally, Firefox for Android also adds new accessibility features specifically aimed at the visually impaired. The mobile browser is now integrated with the Android screen reader, TalkBack, without requiring any additional configuration or installation on the part of the user.