As Qualcomm expounded on a series of innovations and mobile trends at its aptly named, Innovation Qualcomm event held in Berlin, Germany, one familiar message and prevailing theme threaded its way through the speeches: there is a mobile revolution underway of staggering proportions.

Beyond the hyperbole, this mounting change is nonetheless gathering momentum and propelling itself forward with unstoppable force, ushering in both profound and far-reaching changes in the years ahead.

But rather than bombarding us with technical specifications, Qualcomm's speakers instead elected to detail the real world benefits of the technologies shown.

The result: a vision of a future, enhanced by mobile devices that are infinitely more capable and more powerful than would have been dreamed of ten years ago. 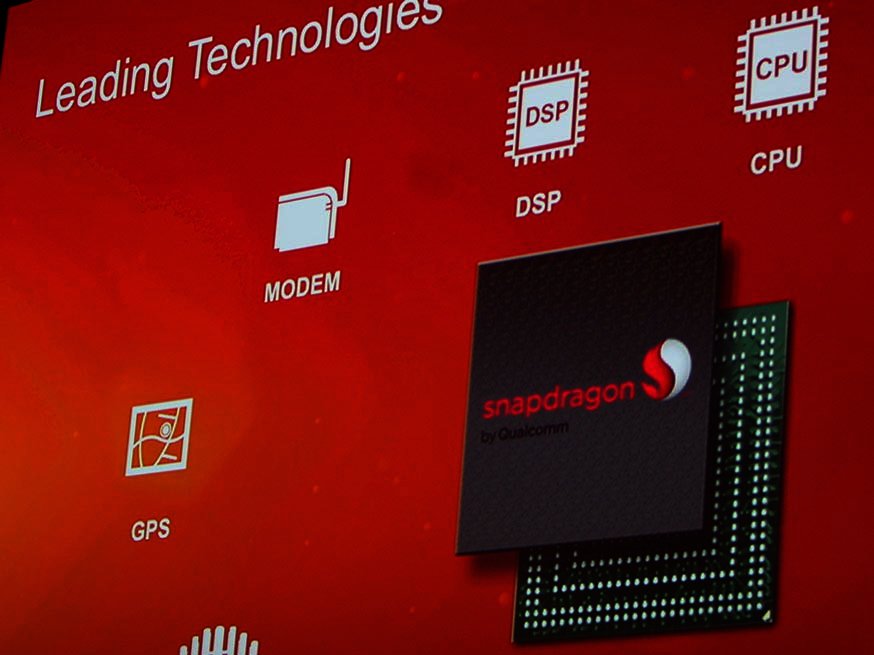 Hidden from view, the processor is at the heart of a mobile device, and responsible for much of a device's magic.

This lofty ambition began with Enrico Salvatori, the senior vice president and president of Qualcomm Europe, explaining that the Innovation Qualcomm (IQ) Berlin event was centred around demonstrating how the company aimed to contribute towards mobile technology, with particular focus on the themes of “reach more, connect more and create more.”

For the uninitiated, the company is responsible for the manufacture of mobile processors (including the Snapdragon which runs on a number of smartphones), which form the heart of every mobile device, and are ultimately at the root of how fast one’s device is, how long its battery lasts, and the scope of the user experience it can provide.

Steve Mollenkopf, the president and chief operating officer of Qualcomm, pointed out that it was “very rare” for a company to work on a technology that touched everyone.

Indeed, illustrating just how pervasive mobile technology had become, he related a survey conducted by Qualcomm, in which a considerable 84% of the respondents said they couldn’t go a single day without their mobile device, while 44% related they would rather leave their wallet behind than be separated from their mobile of choice.

With this in mind, it came as little surprise that Mollenkopf believes that mobile phones, which have already become the centre of people’s modern lives, may well become like a ‘remote control’ for various aspects of one’s life in the future.

To this end, Mollenkopf explained that the company saw two trends underway. The first of these is that an increasing number of mobile devices, such as tablets, are being equipped with 3G or 4G connectivity, while the second indicated that data usage per phone was only increasing, and was expected to grow between 10 and 12 times between 2010 and 2015. What’s more, the company believes that in the next five years, some 5 billion smartphones will be sold.

This meant that in all likelihood, the future trend would centre around a variety of devices all being able to connect to one another. For example, he explained that in the future, particularly with the introduction of faster wireless protocols like IEEE 802.11c, there would more than likely be hundreds of IP addresses throughout one’s home rather than the two or three at present.

“In the future, you will be connected to many different devices during the course of the day, and all of these will be driven out of your phone,” asserted Mollenkopf. 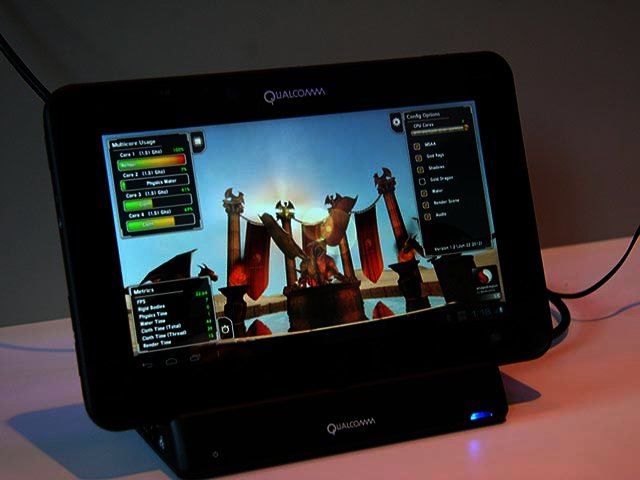 These Qualcomm branded tablets were the 'ambassadors' for the prowess of their quad-core Snapdragon processors at the Innovation Qualcomm demonstration booths.

However, the power on offer in today and tomorrow’s mobile devices is affecting other technologies and industries as well.

Indeed, mobile connectivity was already finding its way into the car of the not-too-distant future. Along with alerting loved one’s when one is involved in an accident, one’s car could also become a mobile wireless hotspot and content consumption platform of its own.

Beyond this though, the mobile revolution could well have more far reaching impact. Mollenkopf suggested the role that mobile devices could play in healthcare, where patients with serious conditions could be remotely monitored via their mobile device.

He added that it had been found that there is a 50% reduction in the mortality rate when such patients are remotely monitored. This could have particular impact amongst the 860 million people who suffer some form of chronic disease, or the 600 million who have to address health concerns associated with aging.