The Galaxy Note 2 is officially on its way, Samsung confirmed at its Samsung Mobile Unpacked event during the IFA trade show currently taking place in Berlin. Much like the previous rumours suggested, the device has received a screen bump in size, up to a capacious 5.5".
The HD Super AMOLED screen boasts a resolution of 1280 x 720 pixels (267 ppi), strangely enough, marginally lower than that offered by its predecessor, which has a resolution of 1280 x 800 pixels (285 ppi).

Early reports are suggesting that the latest improvements are putting the fab(ulous) into phablet, as the Galaxy Note 2 is apparently even faster than Samsung’s current flagship smartphone, the Galaxy S3 – which is not exactly a slow poke. 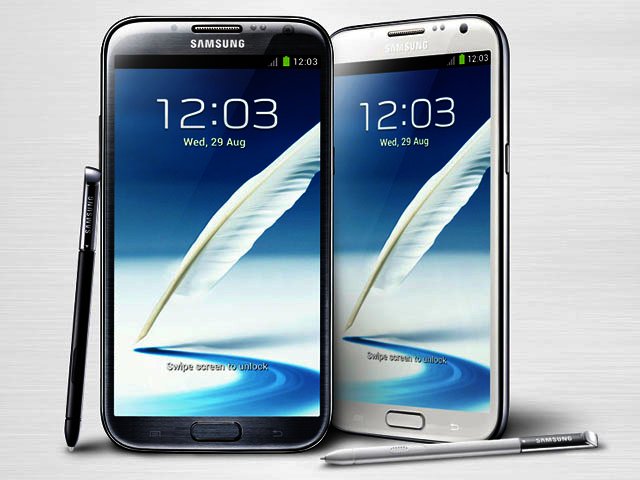 The Galaxy Note 2 boasts an even larger screen than its predecessor, at 5.5" and
an improved S Pen.
Specs, specs, and more specs
Apart from the size increase, also receiving a bump up is the Galaxy Note 2’s processor, as the  device packs a 1.6 GHz quad-core processor and 2 GB of memory, up from the 1.4 GHz dual-core Exynos processor and 1 GB memory found in the first Galaxy Note.

Additionally, on the Android Jelly Bean based Galaxy Note 2, a larger 3100 mAh battery is used; although whether this will substantially increase the device’s life, or merely power the slightly larger screen to the same running times as its predecessor, remains to be seen.

Similarly, the device’s internal storage has likewise been increased, up from 16 GB to either 16 GB, 32 GB or 64 GB, while this too can be supplanted via use of the microSD card slot up to an additional 64 GB. Like its predecessor, an 8 megapixel camera is on board the device, which will apparently weigh in at 180 g.This virtually the same weight as the original Galaxy Note.
Phablet features

However, one of the key components of the Galaxy Note experience, the S Pen (stylus) has similarly received a bit of a revamp, as the new S Pen on offer by the Galaxy Note 2 is longer, thicker and, the company claims, “ergonomically designed for the perfect grip.”
This apparently, is intended to provide a more precise, comfortable, and natural writing and drawing experience.

The phablet further brings a few new features. Most ‘notable’ of these is Popup Note, which lets users open an S Note instantly as a pop-up window anywhere on the screen. For example, when a user pulls out the S Pen during a phone call, the S Note application will automatically pop up on the screen, allowing users to jot down a quick note.
Additionally, a new gesture pad feature, called Quick Command, enables users to quickly activate frequently used apps with the S Pen. Samsung explained that the command pad appears when a user just swipes upward on the screen with the S Pen button pressed.
Users can then quickly send an email, make a call, or search a location as they draw pre-registered marks on the command pad or register a unique mark to allow for quick and easy access.
Thirdly, the Idea Visualiser feature allows users to add illustrations by handwriting keywords on the S Note. This, according to the company, is a “fancy illustration match feature” that will allow users to express, organise and visualise ideas in a more innovative and creative way.
Users will also be able to customise and add in their own library of illustrations. 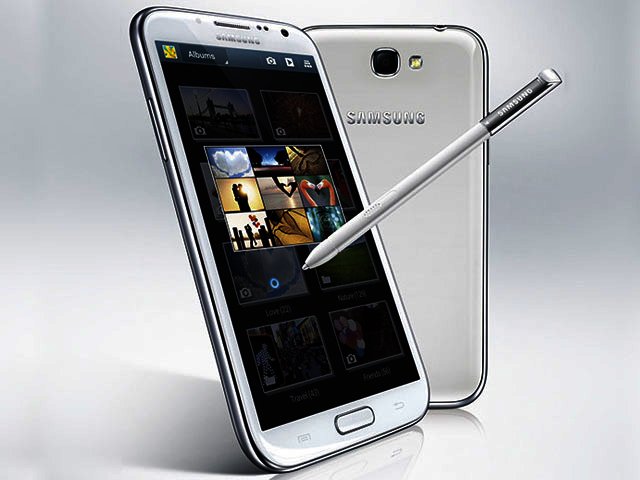 New S Pen features are also on offer, such as PopUp Note, which opens
S Note when the stylus is removed from the device,
To the point
In essence, the Galaxy Note 2 appears to be an improvement on what was – and in fact, still is - a fantastic product in its own right. The news of its imminent launch hardly comes as a surprise, given the recent announcement of the Galaxy Note 10.1, and the fact that Samsung no doubt is hoping to steal some of Apple’s next iPhone announcement thunder.
While the device will apparently be launching in Europe, Asia and the Middle East in October, at this point though, we don’t know when exactly the new phablet is slated for release locally, or what price range it will be demanding. Initial colours that it will be robed in include Marble White and Titanium Gray.
However, for those who loved the Galaxy Note, and quickly became accustomed to its larger than normal smartphone size, the Galaxy Note 2 certainly seems to be earning a place on their radar.