Is it a smartphone or a tablet? Well, let’s just say it’s somewhere in between. Samsung has launched its Galaxy Note device locally, which, due to its 5.3” (1280 x 800, 285 ppi) HD Super AMOLED display, is bigger than your average 4” smartphone, but smaller than a 7” tablet.
Just like the Galaxy SII smartphone, Samsung has managed to keep the width of the device down to a very manageable 9.65 mm.

Functionality that the Note offers differently from other tablets (except in a limited way the HTC’s Flyer), is its pen-input technology, dubbed the S Pen, which allows one to write on-screen with the provided stylus.
The Galaxy Note features S Memo, which is a multimedia application designed to record all forms of user-created content. Photos, voice recordings, typed text, handwritten notes or drawings can all be captured via this single application and converted to a memo, to be edited, annotated and shared as desired.

A one-step screen-capture function also allows users to instantly capture anything displayed on-screen, which can then be edited and drawn upon using the S Pen. 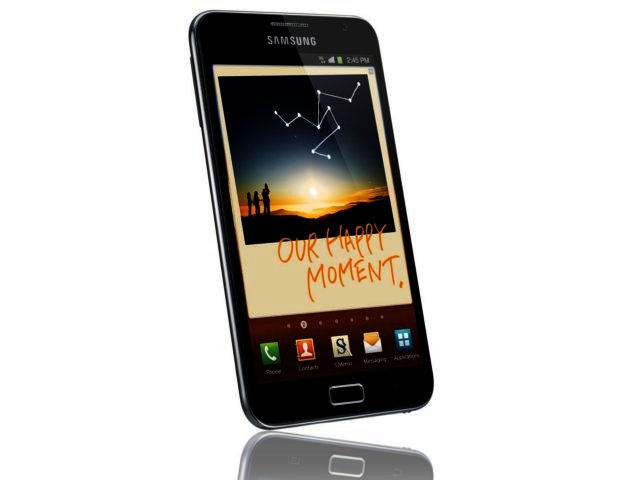 I’ve got the power

The Galaxy Note does come with some powerful specs behind it, being powered by a 1.4 GHz dual-core ARM Cortex-A9 application processor. It runs on Android 2.3 (Gingerbread with Samsung’s TouchWiz UI) and sports an 8 MP rear-facing camera with LED Flash that enable it to record full HD (1080p) videos at up to 30 frames per second. There is also a  2 MP front-facing snapper, Wi-Fi 802.11 n, GPS with aGPS support and Bluetooth 3.0.

“The GALAXY Note is a device borne from our insight and innovation. We examined the fundamental elements of mobile culture, entertainment and communication to bring together the best experiences in a single, elegant device,” explained Paulo Ferreira, head of Mobile Product and Business Solutions at Samsung.

The Samsung Galaxy Note will be available locally in a 16 GB version. One thing that concerns us is the Note's cost - it will retail for a wallet-chomping price of between R8499 and R8999, more expensive than the iPad 2 64 GB Wi-Fi + 3G.
In related news the latest research from market research firm Strategy Analytics has revealed that Samsung (27.8 million) managed to surpass Apple (17.1 million) to become the world’s number one smartphone maker in Q3 of 2011.
TAGS:
SamsungSamsung Galaxy Notesmartphonemobile computingAndroid
USER COMMENTS