Local mobile operator Vodacom has announced the launch of the R1 300 Vodafone Smart II smartphone, which aims to take on competitors such as Samsung’s Galaxy Pocket and LG’s Optimus L3 in the budget smartphone market.

Users can capture photos via the device’s 3.2 megapixel camera with LED flash and geotag these thanks to the inclusion assisted GPS (aGPS) technology.

Also onboard is 512 MB of RAM, snappy 3G HSDPA data connectivity with download speeds up to 7.2 Mbps and uploads speeds up to 5.76 Mbps, complemented by 802.11 n Wi-Fi (Wi-Fi hotspot functionality also included). 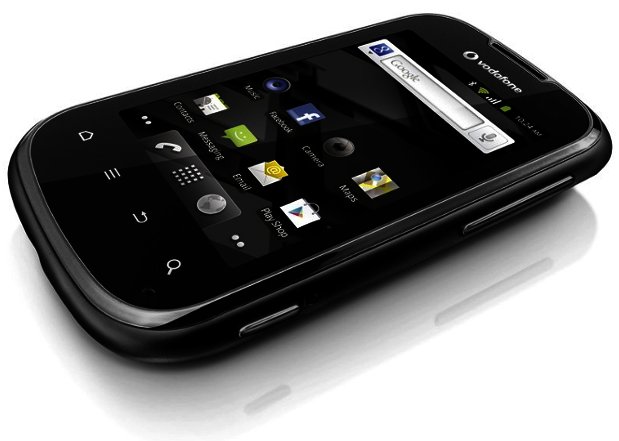 Battery life should be decent thanks to the Smart II’s 1200 mAh lithium-ion battery, whilst the mobile further offers Bluetooth 2.1 with A2DP, FM radio with RDS, and a microSD memory card slot supporting cards up to 32 GB in size.

Vodacom stated that the Smart II will be available at Vodacom World in Midrand as well as other participating outlets from 7 October on a special launch deal. This deal makes the smartphone  available on a Top Up 99 Yebo4Less package for R79 per month, whilst prepaid users can purchase the device for a recommended retail price of R1 300. Pricing may vary at the retail outlets.

Zunaid Dinath, Vodacom’s chief officer of sales and distribution said: “Our focus is to bring affordable smartphones to the market at price points attractive to a large number of people who are not using smartphones today. The Vodafone Smart II will allow this new wave of customers access to a new world of applications and the mobile internet.”

In related news, fans of Sony’s smartphones are now able to visit the renewed Sony Mobile Store at Vodaworld in Midrand, which showcases the latest and greatest Sony’s Xperia range of smartphones together with a wide range of related Sony-branded products.
TAGS:
VodacomAndroidmobile platformGooglesmartphonemobile OS
USER COMMENTS