In the world of audio accessories, we've seen an increased number of wireless earphones and headphones enter the market. While the Bluetooth aided devices have been around for a number of years now, they're becoming more prominent as smartphone makers start to remove the headphone jacks from their offerings in favour of a wireless setup.

While it hasn't become an industry wide standard, it may be time to consider making the switch for your mobile device.

That said a number of the more high profile options, such as the Apple AirPods, Bragi Dash and Beoplay H5 units, all cost upwards of 4k to get your hands on them. Consequently, more cost savvy consumers will have to turn elsewhere in order to get their wireless audio fix.

That's where accessories maker Astrum can come into play, with its ET300 wireless earphones leading the charge at a recommended price of R699. 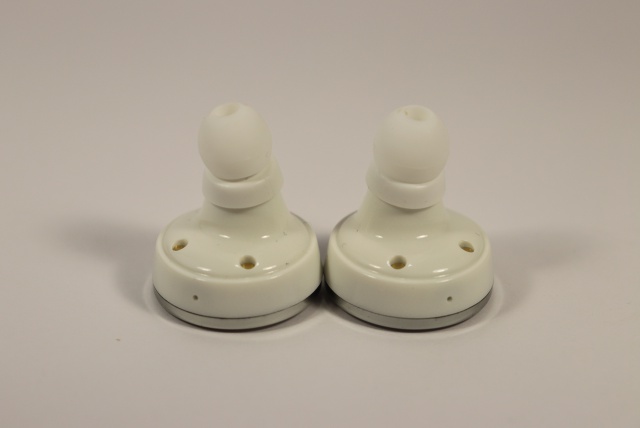 When it comes to design, the ET300s are relatively low key, and at first glance may not seem as sleek as some of the other options available at the moment. That said, everything is where it needs to be. Astrum has gone for a circular shape for the body of the earphones, with the ear tip protruding from there.

While the design is fairly straightforward, it may not be the best for fit. Firstly, each earpiece looks exactly the same, and unlike others are not mirrored versions of one another. As such, you're not entirely clear which one is meant for the left or right ear, with no lettering indicating that either.

With the options as to which earphone goes into which ear, it is dealer's choice. From there, a bit of fiddling is involved in order to get the right fit. This can be a little dangerous, in our opinion, as we often found ourselves twisting the earphone inward for an optimum fit, which can also mean you're pushing the earpiece far deeper into the ear canal than it really should.

Once in, the fit is not quite ideal either, but Astrum has included plastic wings to make the ET300s sit more snugly in the ear. These come in quite handy if you plan to do some running, but there is no mention of water resistance so tread lightly in that regard.

The plastic wings also have to be removed when the ET300s are placed in the charging dock, which means it's not the most seamless of setups. The charging dock features a short microUSB to USB cable, with Astrum noting up to two hours charging time for up to five hours worth of listening. On the whole it keeps in line with the manufacturer's recommendation, but we lost about 45 minutes when listening at 90% to 100% volume. 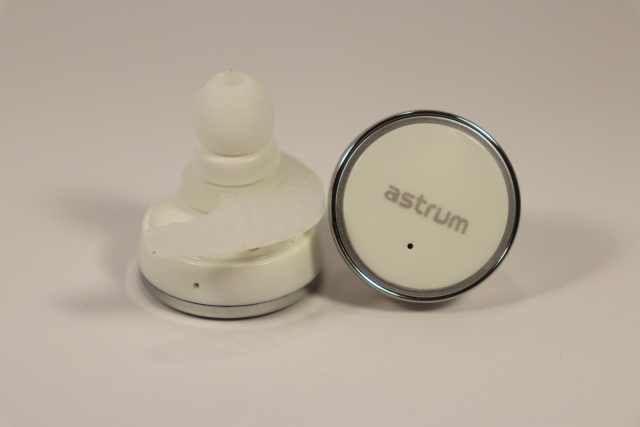 Keeping in the middle

While the ET300s have a couple quirks when it comes to design, the most important element is the listening experience. In that regard, they performed well on the whole given their price tag. We found that the mid tones sound crisp and sweet, but the low and high ends did yield distortion from time to time.

This mainly presented itself in the form of some crackling here and there, especially as we began cranking up the volume. As such, the ET300s may be best served for users that enjoy to do some easy listening or perhaps want to listen to podcasts or audiobooks for the most part.

If however, you're on the lookout for all encompassing performance, one of the more expensive wireless earphone options is where you should be directing your attention. That said, we also received very decent performance from the iFrogz Impulse Duo Wireless headphones, going for about R800.

The ET300 experience was all in all pleasant, and we could muster a good three hours worth of wear without any signs of discomfort. The one thing we did notice is that they do let quite a bit of noise in, likely due to fiddly fitting process, so these earphones may not be best if you plan to use them on flights. 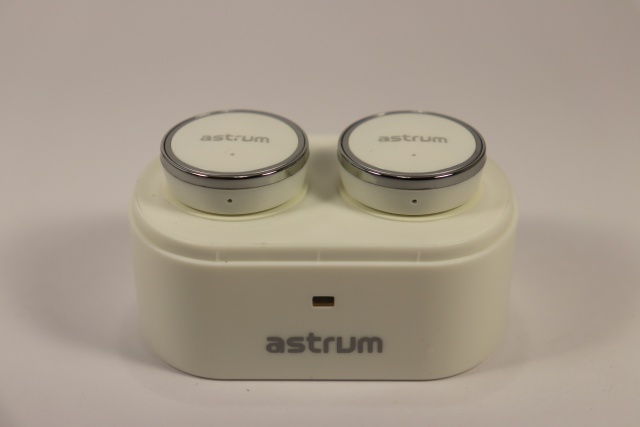 The real value of the ET300s lies in price. Costing up to four or five times less (in some cases) than the more high profile wireless earphones out there, these will no doubt appeal to the more cost savvy consumer out there. That value for money does have one caveat though, with sound quality taking a slight hit.

If, however, that's a shortcoming that you can live with, then the Astrum ET300s will stand you in good stead, specifically if you're intrigued by wireless earphones, but don't want to make the full commitment of a R4k pair just yet. 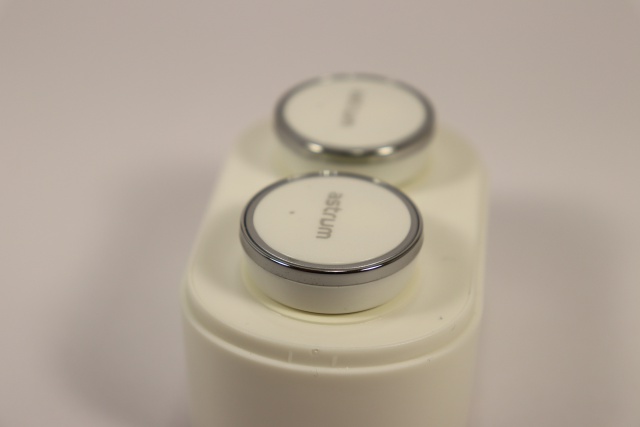 THE ASTRUM ET300 WIRLESS EARPHONES WERE RECEIVED AS A SEEDING UNIT.