The midrange smartphone market is a good one, stocked with decent phones ripe to pick at manageable prices. That said, it’s filled to the brim, and a phone really needs to offer something special to stand out. So what then does the LG K10 have up its sleeve? 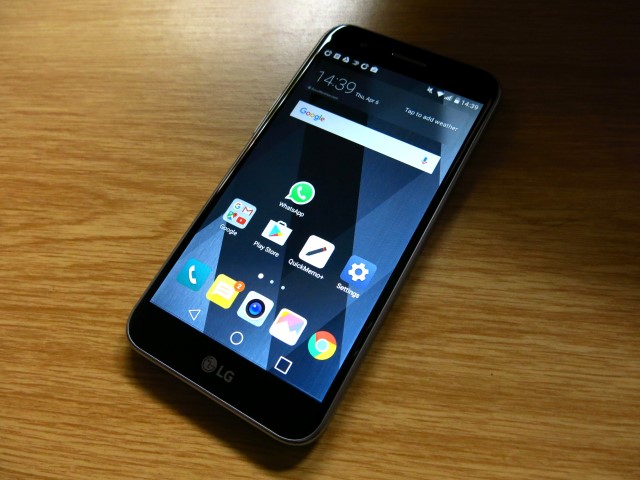 What the LG K10 (R3 899) brings to the table is a wide-angle front facing camera, much like the new G6, and surprisingly Android Nougat, the latest iteration of the OS. LG gives with the one hand by providing a 5.3” screen, but takes away with the other by only offering a measly 710 x 1280 resolution. This gives a dismal 276 pixels per inch, and is noticeable in the detail perceived in smaller images while browsing the web. It might have only been my review unit, but there was what looked like a row of misaligned pixels at the bottom of the screen, driving home the point that the K10 is not LG’s strongest offering.

The K10 comes across as quite light (144 g) but loses out to its midrange brother, last year’s X Cam (118 g), which also got it beat when it comes to thinness (6.9 mm vs 7.9 mm). In the looks department the K10 is comparable to other devices in its price range, but far from anything special. 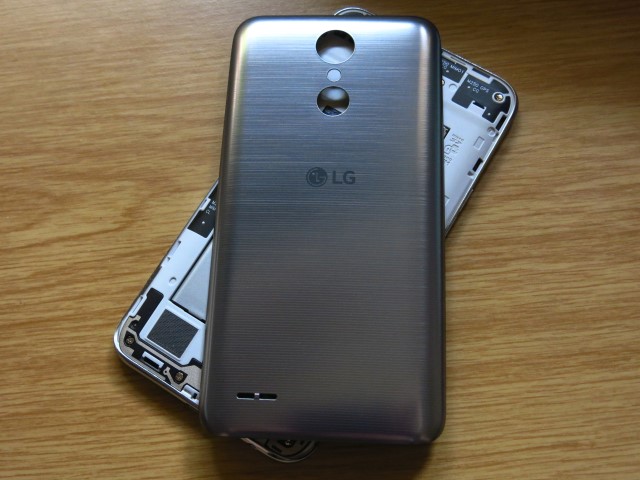 Its 13 megapixel main camera performs amicably outdoors, doing so-so indoors. For a bit of novelty you can also trigger the shutter when saying “Cheese” or “LG”, or by making your hand into a fist when taking a selfie. Talking of which, the front facing wide-angle camera (5 MP) makes life easier if you need to fit in a lot of your friends during selfies.

Open the back cover and you’ll find a removable 2800 mAh battery, nano SIM and microSD card slot (up to 256 GB) to boost the 16 GB onboard storage. The battery will certainly get you through most of the day, plus it’s replaceable if need be.

How does the internals compare? With eight cores (1.5 GHz) onboard the Mediatek MT6750 chipset and 2 GB of RAM, for the most part it’s smooth sailing. The Antutu benchmark scores reflect the midrange specs, achieving 38 644. 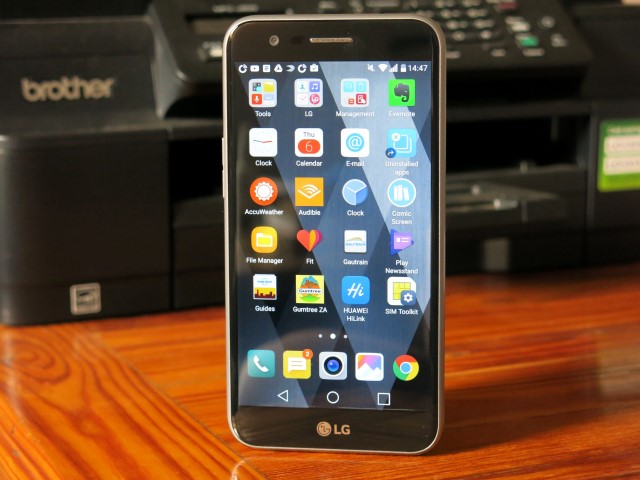 This topped the more expensive LG X Cam (35 003) but lost against Hisense’s surprisingly good Elegance (43 563).  While certainly not the most graphic intense game out there, we did play some Star Wars: Galaxy of Heroes, and the K10 kept its cool, not heating up as much as on the Xiaomi Mi4. Plus, the onboard speakers are quite loud if you intend watching YouTube or listening to podcasts. The final benefit is LTE, making the K10 quick for browsing the web.

At R3 899 the LG K10 doesn’t break the bank, but ultimately left me unconvinced. The wide-angle front facing camera and Android Nougat are not enough to make it a certain pick from the midrange bowl. The real killer for me was the K10’s underwhelming HD screen (720 x 1280), which if it was Full HD could have had me rooting for it. Ultimately, if you can spend a bit more you will find better midrange offerings. 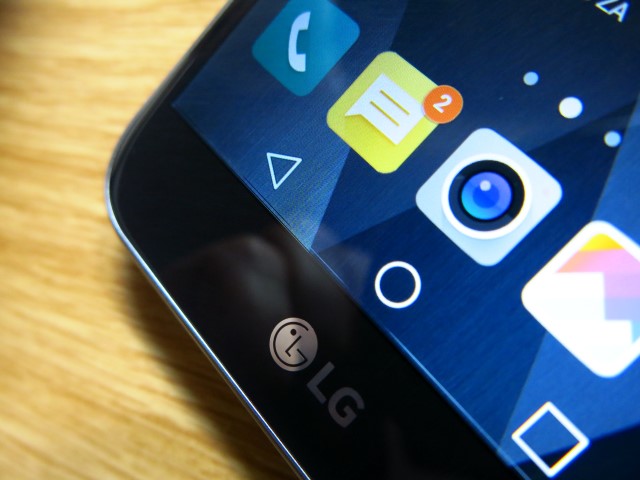