A couple of years ago, the mid-range market was were the best value for money devices could be found. That's changed in 2017, however, with flagship phones back in the spotlight again and serving as the main focus for many a smartphone maker.

Where then does an offering like the LG Q6 fit into the picture? Costing around the R6 000 mark depending on which retailer you head to, it's designed as an option for those that like the look of the LG G6, but are not able to fit the R12k bill to get one.

We recently ran the gauntlet with LG's latest middle of the pack phone, to see whether it is indeed a viable option for users that want flagship looks in a mid-range body. 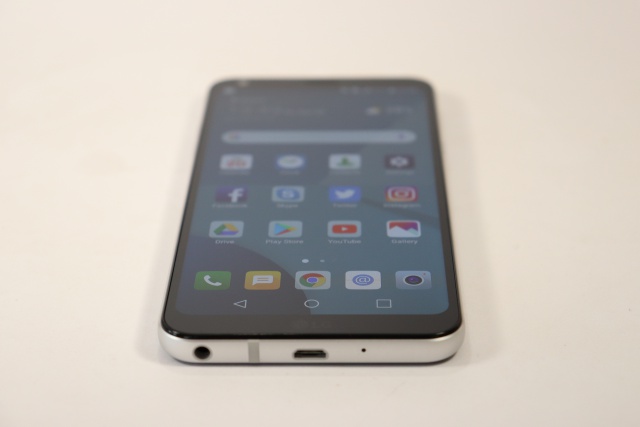 When it comes to design, this South Korean manufacturer has had hits and misses (we're looking at you LG G4). More recently, however, the company seems to be getting things right, especially in the flagship field. It was perhaps a smart move on their part then, to base the Q6's design on that of the G6. As such, the same aluminium frame with slightly curved corners is present, making the Q6 look like a shrunken version of the larger G6.

The back covers are also quite similar, but once held in hand, you can tell the difference. To that end it feels more like a hardened plastic rather than aluminium. While the former material is not as premium to hold, the Q6 still feels reassuring sturdy in hand thanks to the aluminium frame.

Unfortunately the flagship influence ends there, evidenced by the single lens located on the top left hand side of the back cover. To that end, from a distance the Q6 does enough to fool others of its premium qualities, but the closer you get, the easier it is to tell that it is mid-range through and through. 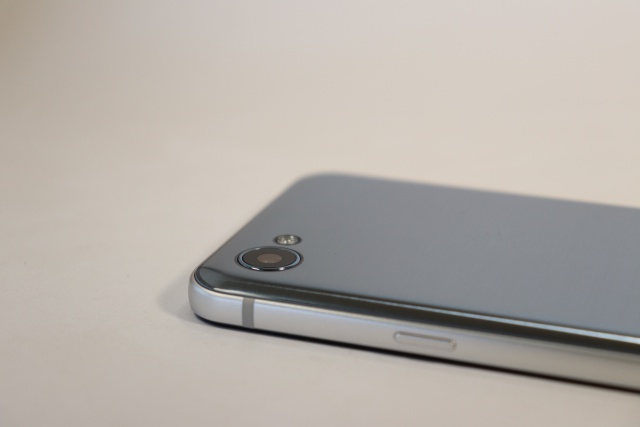 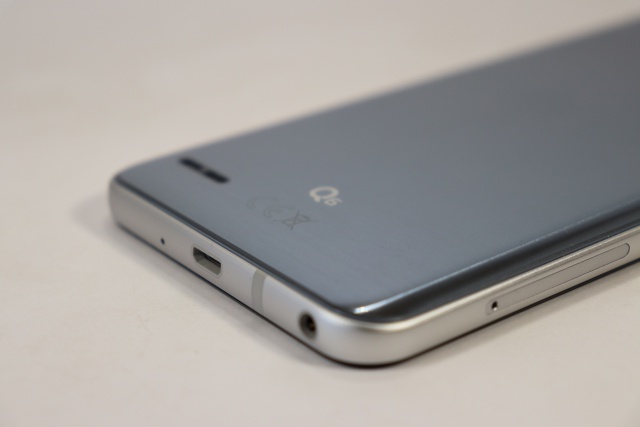 As we make our way to the rest of the Q6, everything is not quite what it seems. Oddly, the Q6 features a micro USB port for charging and connecting the phone. Perhaps I've been reviewing too many flagship phones, but it seems a strange choice in 2017, especially given the industry's full embrace of USB Type-C for Android devices.

Delving a bit deeper, some of the specifications opted for are also a bit puzzling. The chipset on offer for example is an octa-core Qualcomm Snapdragon 435. Clocking at a modest 1.4 GHz, it's the kind of processor one might go for when making a dvice on the cusp of entry-level and mid-range.

Despite scoring 37 361 on AnTuTu (v6.2.7) during benchmarking, the Q6 performing ably day to day. Consequently it handled multitasking solidly, and showed no real signs of lag. Whether that is the case 12 to 18 months down the line, however, remains to be seen. Which is why we think one of the 600 series Snapdragon processors may have been a wiser choice. 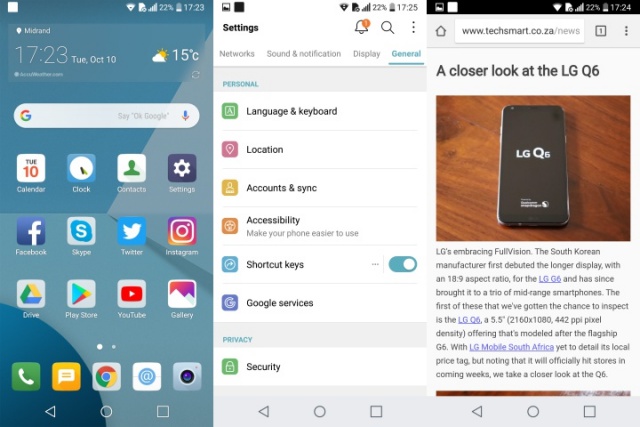 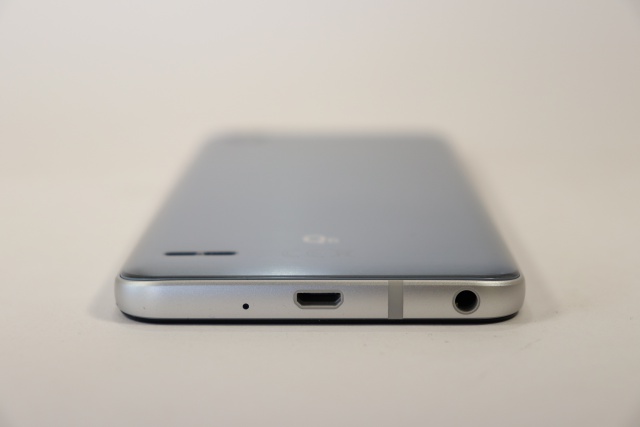 Now that my gripes are out of the way, let's talk about what the Q6 does well. Here, two elements need to be highlighted - its camera and screen. First the onboard shooter, which is a 13 MP option. It certainly won't go up against a flagship one, but certainly won't leave users unhappy.

It captures solid pics while outdoors, with a surprising crispness while zooming, even at maximum zoom. The low light performance is also good, with only a slight amount of graininess, which is to be expected from a mid-range phone.

The 5 MP front facing camera is not that impressive, however, and those that are selfie obsessed may be forced to shy away from this camera. The real problem is that most of the pics it yields feature a lot of shadow, and are quite grainy in low light.

Along with a handy primary camera, the 5.5" display (2160x1080) on offer is a pleasure to use. Video in particular has a good degree of sharpness and clarity, with the screen real estate available also lending itself well to watching content. The Q6 is aided too by a truly clean looking and simple user interface. My only issue with the LG UI 5.0 interface is the inability to remove or uninstall certain apps. As such, if you're an app fiend, you'll soon find yourself creating plenty of folders to deal with the clutter. 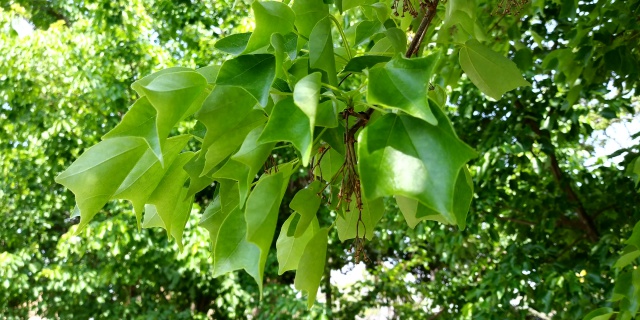 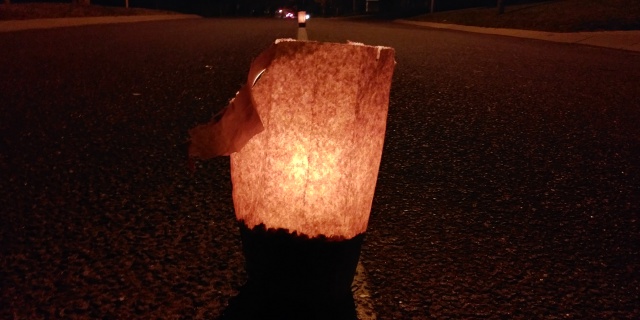 When we took a closer look at the Q6 in late August, we pondered whether this mid-range device could in fact serve as a G6 mini of sorts. Following our time reviewing the Q6, it sadly is not the case. While the specifications of the Q6 will stand you in good stead for now, we don't think it will be the case one year down the line, particularly when more powerful mid-range phones are on offer.

Consequently, if you have R6k to spend on a phone, you're better off opting for something cheaper like the Nokia 6 at R3 999 or a bit more expensive like the Samsung Galaxy A5 at R7 499. 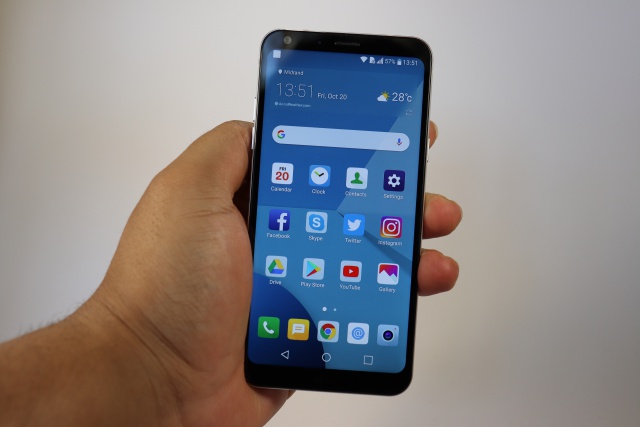