We recently tested out Nokia's first foray into the phablet fray, with the Lumia 1520 (review). Its lesser-specced brother, the Lumia 1320, has now made its way to our offices. The 1320, just like its flagship brother, features a 6" display size, but scales down on a host of key elements such as screen quality, camera specs and processor chipset. We put it through its paces to find out if it suffers from the same issues found in the higher-specced variant.

As we discovered during our time with the Lumia 1520, there's more to a phablet device than simply sporting a very large display. Don't get us wrong, the size of the display certainly plays an important part, but a lot of what makes a good phablet is the way the device best uses the increased real estate. Armed with the same screen dimensions as well as Windows Phone OS (WP8 Black), as the Lumia 1520, on face value it does not seem like Nokia has adopted a different tact for the Lumia 1320.

The back cover for the Lumia 1320 is removable, which is a necessity, as its the only means to access the micro SIM and micro SD card slots fitted onto this phablet. This is a bit of a step back, when weighed up against the design of the 1520, which was completely sealed, with side-slots that featured push-release mechanism. On this front the 1320 losses points and feels far less premium of a device than it really should. The cover itself too, feels very cheap thanks to its rather flimsy plastic construction and offers little in the form of protection or durability. 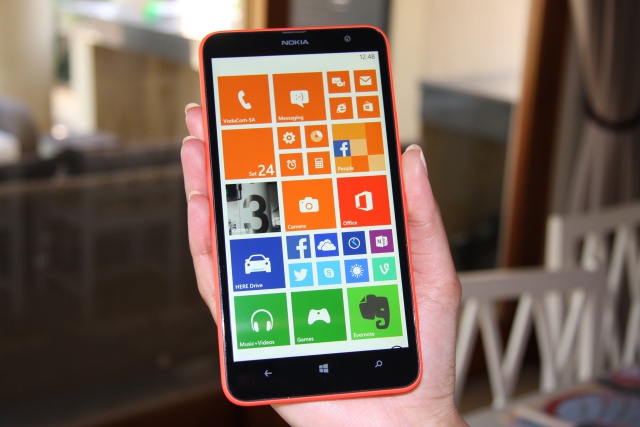 With that being said, it's worthwhile mentioning that the Lumia 1320 is a full R4000 cheaper than its flagship phablet brother, the Lumia 1520, which retails for an estimated R9000. As cheap as the backcover may feel, it may be a small price to pay in the greater scheme of things.

The screen on the other hand does feel strong enough to handle a bit of rugged handling, with Corning Gorilla Glass 3 protective enhancements offering some peace of mind. The screen displays 720p content (720 x 1280 pixels) and 245 ppi pixel density, which falls short of the specs afforded to the Lumia 1520 (367 ppi), but can be forgiven. In fact, had we not recently tested out the Lumia 1520, we would have been more than pleased with the level of image clarity and brightness that the Lumia 1320 generates.

The lower ppi issue is further negated by the fact that the Windows Phone 8 OS interface is rather basic in terms of design. Added to this, is Nokia's ClearBlack display technology, which ensures the screen retains a great deal of vibrancy and brightness, despite its supposed shortcomings. 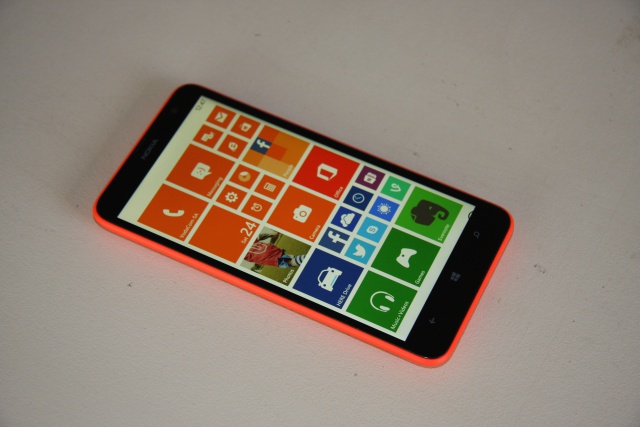 Just Enough To Get By

The engine behind the Lumia 1320 is a Qualcomm Snapdragon S4 dual-core processor, which clocks at a respectable 1.7 GHz. It may not seem that powerful, but it more than copes with the demands that the display quality, multitasking, video playback and memory place on it. Scrolling and flipping through applications is relatively fluid, with very little lag to leave users frustrated.

This finding was backed the benchmark tests we ran on the 1320, registering solid scores on WP Bench, and achieving a classification of "great" within the processing, data and graphics categories. This did not negate the fact that the Lumia 1320 ranked 149th among all smartphones tested on WP Bench, meaning that it may not be ideally suited to being a true workhorse or processing powerhouse. This is close to one hundred places behind the Lumia 1520, which registered a ranking of 53rd overall. With all of this taken into account the Lumia 1320 is still solid enough for those looking for a phablet-sized device, but not willing to shell out the R10K plus price tag they often carry.

The Snapdragon S4 processor is further supported by 1 GB of RAM and 8 GB of internal memory. Should the available internal storage not win users over, Nokia has also included 7 GB worth of free cloud storage, as well as an SD card slot for up to 64 GB of additional storage capacity, which offers some degree of respite. 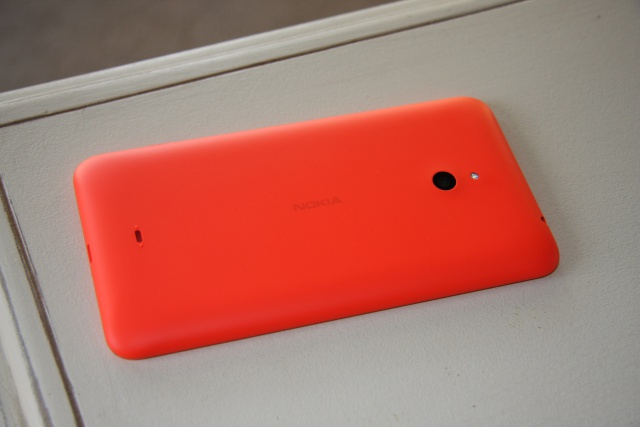 As we've come to expect from Nokia Lumia devices, the Live Tile home screen is fully customisable, allowing users to adjust tile sizes, re-arrange them in whichever order desired as well as pin and unpin from the home screen itself. Unfortunately in this regard, the Lumia 1320 evokes the same issues as its flagship alternative, with Nokia not taking full advantage of the increased real estate afforded to them.

Instead, Windows Phone 8 simply looks to have been upscaled for the new 6" display, with no real thought given on how to enhance the user experience. An example of this, would be the ability to snap two apps together and allow users to seamlessly work between them. This is a feature that currently exists within the PC and tablet versions of Windows 8, so why not extend it to the phablet variant?

Again, it feels as if Nokia has missed an opportunity. Something we hope Microsoft does not do, given its recent acquisition of Nokia's mobile division, which could ensure that software and hardware are integrated to create a more complete device.

As far as applications go, the Windows has a solid array to choose from, but still lags pretty  far behind the offerings available on the Apple Store or Google Play. With that said, users still have access to the range of core smartphone apps, such as Facebook, Twitter, Skype and Evernote, all of which work well on the WP8 interface and deliver an uninhibited experience. The same goes for the keyboard, which is well sized in comparison to the 1320's 6" display and lends itself well to two-handed typing use. 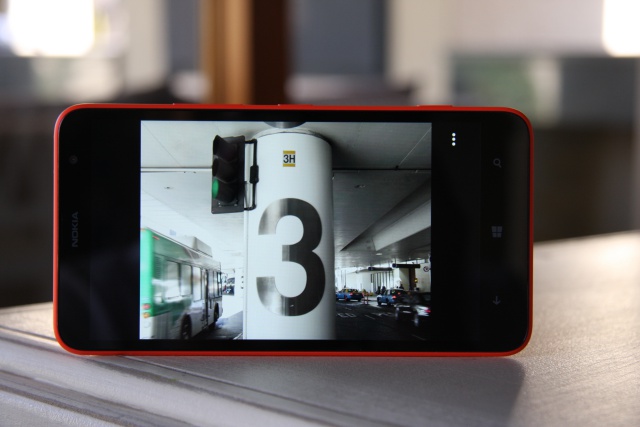 For those looking for a high-end camera setup, the 1320 is not your safest bet, as Nokia has fitted this phablet with a 5 megapixel main camera sensor on the rear capable of capturing 2592 x 1944 pixel content. The quality of the imaging is adequate at best, coping well in high light conditions, but truly struggles in low light environments as well as producing grainy images in digital zoom. Compared to other phablet devices, like the Galaxy Note 3 (review) or LG G Glex, both of which feature a 13 megapixel camera, the 1320 feels slightly underwhelming. The one aspect that the Lumia's camera has in its favour, is its rapid autofocus capacity and shooting speed, which makes capturing images in quick succession very easy.

As the phablet market shows no signs of diminishing, manufacturers have endeavoured to provide their offerings with specific high-spec features to differentiate them from the competition. Now Nokia may not have given the Lumia 1320 much in terms of processing power, camera quality or brilliant display, but one key aspect it does tout, is its R5 000 price tag. This places the 1320 at a very attractive price point, particularly when you consider that the Lumia 1520 and Galaxy Note 3 retail for almost double at R9 000.

For everyday use, the Lumia 1320 still has plenty to offer users, with the issues that presented themselves on initial inspection such as the cheap back cover, lackluster camera and insufficient use of 6" screen size, slowly fading away with greater use. This lead us to believe that the Lumia 1320 is the first in a trend that will slowly begin developing within the phablet market, as users are still looking for a phablet experience, but are unwilling to pay close to R10K to get it.

If you're such a user, and enjoy the interface that Windows Phone 8 delivers, then the Lumia 1320 is a mid-range phablet option well worth consideration, especially at R5000.