BlackBerry Mobile launches the KEYone as a Vodacom exclusive locally

At Mobile World Congress 2017, BlackBerry Mobile unveiled its first offering for the new year, with TCL (now licensed to manufacture BlackBerry phones) at the helm of the company. That device was the KEYone, which has been released in select regions across the globe, but has now made its way to local shores and is slated as a Vodacom-exclusive release hitting stores on 8 August.

We were on hand at the company's local launch for the device this morning, where TCL and BlackBerry Mobile reaffirmed their commitment to the local smartphone landscape, as the company enters a new era. Hopefully leading the charge for the BlackBerry brand is the KEYone, a touch and type combo that touts an Android (7.1 Nougat) operating system and their own DTEK security software.

On the specifications front, the KEYone features a 4.5" Full HD (1620x1080, 433 ppi) display, with the company's own QWERTY capacitive keyboard sitting beneath it. Much like the PRIV and Passport, a lot of the KEYone's functionality is embedded into the physical keyboard, with TCL adding a few extra elements. 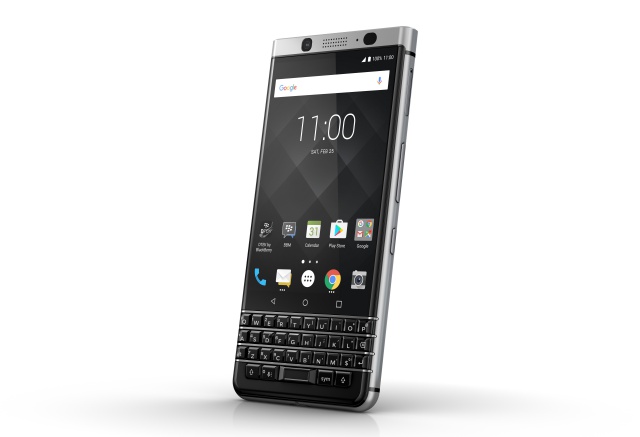 To that end, users can navigate on the KEYone's Android-powered UI via the keyboard, with subtle swipes left and right switching between screens, and pushing upwards launching the app tray. Specific buttons can also be programmed to launch certain apps, with a long press on the 'B' button bringing up the native web browser for example.

As for the phone's other elements, a Sony designed 12 MP lens is in charge of snapping on the rear, with an 8 MP shooter up front. There's also an octa-core Qualcomm Snapdragon 625 chipset running things internally, clocked at 2.0 GHz. This is supported by 3 GB RAM, 32 GB of onboard storage and a microSD slot good for up to 2 TB.

On the battery side, TCL have opted for the biggest one placed in a BlackBerry phone to date, with a 3505 mAh offering that caters to Quick Charge 3.0 via its USB Type-C port and delivers up to 50% battery life from 36 minutes of charging.