First impression of the Galaxy Note 7

Gamers must not miss the third ROG Invitational fi...
0
comments

The power of video conferencing in education in a ...
0
comments

Samsung has learned the value of consistency. Take the Galaxy S 3 for example, a device that truly threw down the gauntlet at Apple and the iPhone at the time. Its subsequent follow ups, however, yielded mixed results to say the least.

This inconsistency from iteration to iteration, particularly in terms of build quality for premium devices always proved a hurdle for the South Korean manufacturer. That notion has changed for the good though, and the Galaxy Note 7 is clear evidence of this.

Just like its predecessor, the Note 5, this new phablet is equally well made, with its combination of glass and metal proving a premium-feeling mix. Sizeable at 5.7", the introduction of a curved dual edge screen does improve grip in-hand. I still have reservations when picking up the device when lying flat though, as the thinness of the frame leaves very little for one's fingers and thumb to grasp onto.

Perhaps the next iteration will steal a trick from the Galaxy S7, and place the dual edge curves on the rear instead. This for me is a far better option in improving handling, and should make the device easier to cradle. Nevertheless, the Note 7 looks and feels the part of a premium device. 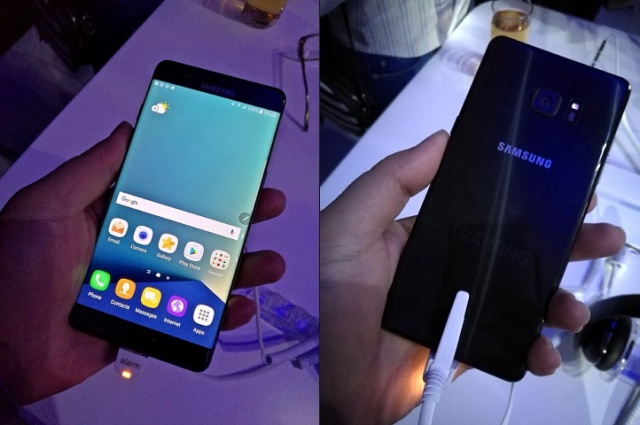 The Galaxy Note range has never been short of high-powered specifications, and the Note 7 is no different. It's sporting an octa-core processor internally, split between two quad-core chipsets, clocked at 2.3 GHz and 1.6 GHz respectively. It yields a slightly speedier performance than its predecessor, but the Note 5 never felt underpowered.

While I have not run a fully fledged benchmark of the Note 7, the units on show yesterday switched rapidly between applications and handled a number of different tasks without any fuss. As such, I expect the Note 7 to yield strong results when reviewed in full later this year.

The S Pen has always been the differentiator when comparing the Note to any other flagship phablet. This new version is perhaps the best yet. The nib on the end of the S Pen measures only 0.7 mm wide. It's designed to mimic the feel of an actual ballpoint pen. While writing with the S Pen doesn't come as easily as a ballpoint, it's certainly one of the better experiences I've had from a stylus to date.

It's also highly nuanced in the right hands. For users who enjoy sketching and drawing, or annotating documents or graphs, the Note 7's new S Pen is definitely enticing. It's also waterproof (IP68-rated) and does not feel as toy-like as it has on previous Note models. 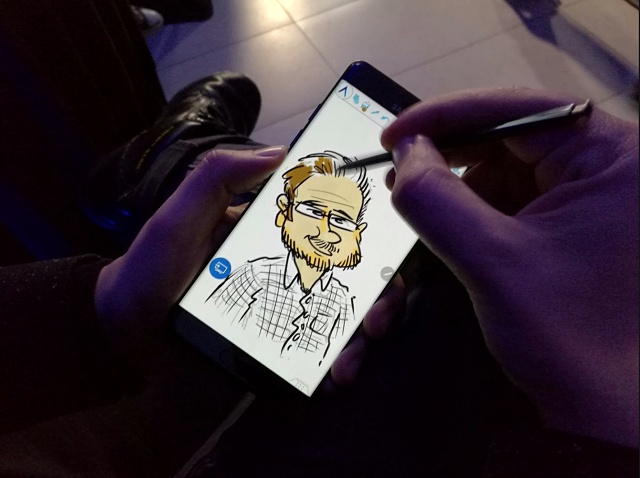 The Galaxy Note 7 has certainly made an immediate impression, even after a day of being unveiled. It's well made, powerful and features a number of new features to entice users who pride themselves of having the best tech available.

To make it a truly worthwhile device, price will likely play an important part. The official cost of the device (64 GB base model) has not been detailed by Samsung Mobile South Africa, but if they keep it as close to the R14 000 mark that the Note 5's 32 GB model was priced at last year, Samsung may have a real winner on its hands.