After multiple rumours and much debate, Samsung unveiled its latest phablet, the Galaxy Note 7, in New York earlier this evening. The device is the sixth iteration of the Note range and marks a unified premium Galaxy device range, in terms of look and feel, according to the South Korean manufacturer. From a design standpoint, the most notable change sees a dual edge 5.7" curved screen used up front, akin to that seen on the slightly smaller (5.5") Galaxy S7 edge.

Focused more on productivity than other Galaxy-branded device currently available, Samsung has christened the Note 7 as an "intelligent smartphone that thinks big." To that end, the newly minted version of the S Pen stands out. Featuring a nib that's 0.7 mm wide, it's designed to offer more precision than its predecessor, thanks to improved pressure sensitivity.

Moving back to the screen, it serves up QHD visuals on its 5.7" curved frame, retaining the same 518 ppi pixel density and 2560x1440 screen resolution as the previous model. That's one of the few things that's remained the same between iterations, with a new chipset found internally. Exynos in make, it's a dual quad-core processor setup, clocked at 2.3 GHz and 1.6 GHz respectively. 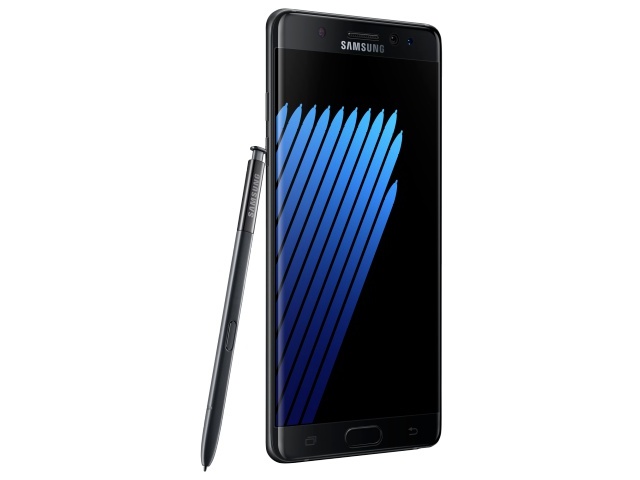 Added to this is 4 GB of RAM and now 64 GB of onboard storage for the base model. Furthermore, Samsung has heeded users' requests and opted for a microSD slot for up to 256 GB of expandable storage.

On the rear, there's a new dual pixel 12 MP camera taking care of imaging, with a 5 MP option to call upon up front. Another feature we wanted to see (one of seven) was a larger battery. Luckily, Samsung has upped the capacity on the Note 7 to 3500 mAh, with wireless fast charging also thrown into the mix.

In terms of additional features, Samsung has introduced a new Iris Scanner to unlock the phone, IP68-rated waterproofness to the phablet and S Pen, as well as a USB Type-C port with additional adapter for connecting older accessories.

The Galaxy Note 7 will hit retailers in select foreign regions on 19 August, with Samsung Mobile South Africa confirming a 1 September local release date. The company also mentioned that pre-orders will be opening up within the next few days, but exact pricing cannot be disclosed at this stage due to fluctuating exchange rates, according to Samsung Mobile South Africa.

Hit play on the video below to see the Galaxy Note 7 in action, and decide if it's tempting enough to buy on 1 September.