Google is aiming to make things easier for people wanting to upload 360-degree spherical images to its Maps platform. The problem has always been that even if a user had a 360-degree camera, the method of capturing always necessitated stopping every few feet to take the image.

To that end, Google is working with a number of 360-degree camera makers to develop Street View ready standards to certify a host of devices. 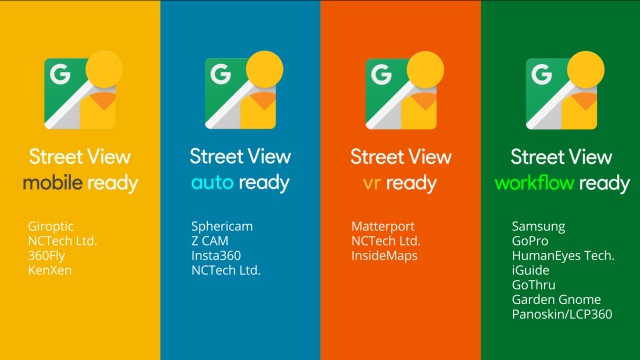 The result is four different avenues for users to upload content. For consumers, the workflow ready aspect of the program will allow Samsung, GoPro, iGuide and other manufacturers and their offerings to share images.

On the more heavy-duty side, auto ready, VR ready and mobile ready uploading modes will facilitate the process for more professional setups from companies like NCTech Ltd, Sphericam and Giroptic, which specialise in self-driving car technology, mapping systems and the like. Shifting back to the consumer aspect, Google plans to support up to 20 new Street View certified cameras in the remainder of 2017, but precisely how many will take a similar guise to Samsung's Gear 360 camera is unclear. As such, the ubiquity of 360 degree cameras could be on the rise.