Huawei adds Mate 8 phablet to its lineup of local offerings

Chinese manufacturer Huawei made an undoubted impression on us last year, pulling out all the stops to showcase its flagship devices. That trend looks to continue in 2016, as Huawei unveiled the latest addition to its local offerings last night - the Mate 8. This 6" device first saw the light of day in November last year, with Huawei now priming it for a significant campaign here in South Africa. 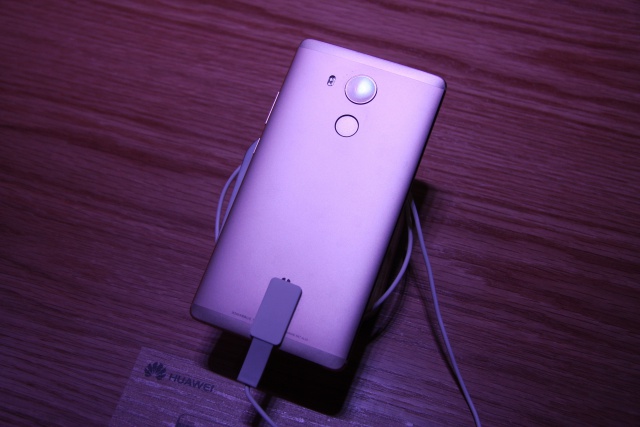 We were on hand to see the new device in person, and it seems to have a lot going for it. The 6" IPS-NEO LCD display (1920x1080) offers plenty of real estate, as well as a solid 368 ppi pixel density. Added to this is an aluminium unibody, which Huawei has bead blasted for a premium feel. As such, for users keen on a device that is as eye catching as it is large, the Huawei Mate 8 will definitely have you covered.

It's not simply design the Chinese manufacturer has been touting either, fitting the Mate with a substantial 4000 mAh battery, which they say delivers a full two day's life. Furthermore, it features fast charging, which can deliver a full charge from 0% in two and half hours, according to Huawei.

In terms of other internal specifications, it boasts an octa-core Hisilicon Kirin 950 chipset, split between two quad-cores that clock at 2.3 GHz and 1.8 GHz respectively. The 32 GB model of the Mate 8 will cost would-be users R12 999 pre-paid, with the phone sporting 3 GB of RAM. On contract, Vodacom (one of the first carriers to stock it) will make it available from R579 and up. We're told that other carriers are estimated to offer it from R599 and up, but the device has not surfaced on their online stores as of yet. Details are unconfirmed for the 64 GB version, but it is worth noting that the Mate 8 features a microSD slot good for an additional 128 GB of storage. 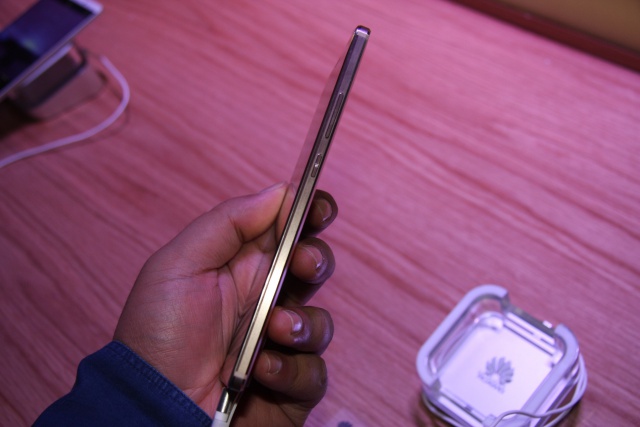 Additionally, Huawei has noted that the Mate 8 will be stocked in both single and dual SIM variants, with the latter hard to come by these days as local carriers often block the import of such devices. As such, it could give the Mate 8 a slight edge when going up against its phablet rivals.

By all accounts the Mate 8 is an enviable device, our only lingering concern is that of the Huawei P9 Plus, which was debuted in London yesterday. While it may be smaller than the Mate 8 at 5.5", what you'll lose in 0.5" of screen real estate could certainly be made up for with Leica-certified cameras. Furthermore, the lack of a stylus, which many phablet makers often neglect, means it may not be on par with productivity focused devices like the Galaxy Note 5 (review). Still, this is one phablet we're quite eager to review.