Microsoft held an insightful round table in Bryanston this week, to unpack the findings of its Digital Civility Index 2017 research report. The report examines in detail the behaviours and risks encountered online by those in the 13-17 and 18-74 age brackets.

The report was released on an auspicious day for internet security, Safer Internet Day (SID), with the company throwing down the gauntlet for people to embrace “digital civility” and treat each other with respect and dignity online.

Kethan Parbhoo, the chief marketing and operations officer at Microsoft South Africa, explained that as a major player in the cloud, digital and online arenas, Microsoft has a vested interest in what is happening online and what people are doing in the digital era. 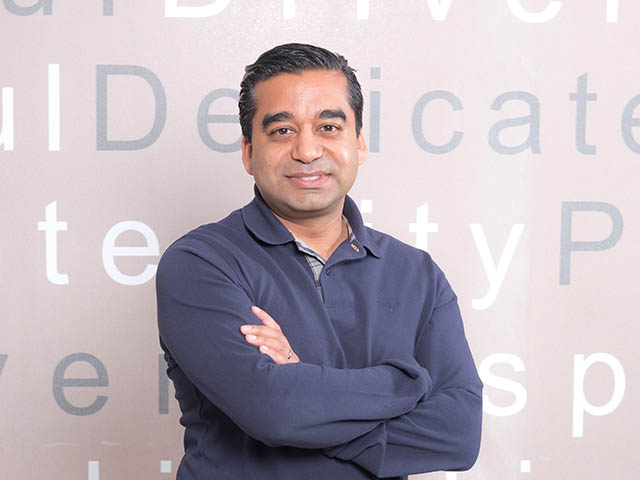 Microcosm of the macrocosm

More specifically, he noted that we live in society where the digital landscape often reflects what is occurring in society. South Africa, unfortunately, had the second highest online risk exposure amongst the countries surveyed, according to the Digital Civility Index.

Parbhoo stressed that while the benefits of the internet far outweigh the negatives, people, companies and parents especially, still need to be conscious that there are negative consequences of going online.

For example, the report revealed that from a South African context, while the growth of online risks has remained relatively steady, the amount of people aware of family and friends being exposed to risks has increased. This makes sense, with more people getting access to different apps and different devices. One of the more disturbing local stats is that targets of online risks often named acquaintances, friends or family as perpetrators. 21% of respondents locally versus 17% globally said they knew their attacker. While unwanted contact had dropped 5% as compared to the previous year, at 55% it was still considerably higher than the global average of 41%.

The survey also noted that this had real consequences - 8 out of 10 respondents were left feeling less trusting of people both online and offline because of a negative experience with someone they already knew. If nothing else, this revealed just how the boundaries between the digital and physical worlds have blurred, with the impact of a negative cyber encounter spilling over into daily life.

Coming as little surprise was that it is the 18-34 year olds that had the highest level of risk. This, explained Parbhoo, was likely because of the large amounts of time spent online by that demographic. Sadly, it is women in South Africa who are more vulnerable to harassment online. More than six in ten female respondents had encountered one or more forms of harassment, encompassing unwanted contact, unwanted sexting, online harassment, cyberbullying and misogyny.

As a result, women noted higher degrees of the loss of trust in other people online and  offline as compared with men.

As to which generation fares the best with regards to digital civility, it is the Baby Boomers (ages 50-74), with them being more likely to translate their offline civility to their online interactions as well.

“That doesn't mean the younger generation is more uncivil,” notes Parbhoo. Rather, because Baby Boomers only get access to some of these technologies later in their lives, they are more inclined to transfer how they normally interact with people into the digital realm. The converse is also true, with millennials’ exposure to technology earlier in their lives also impacting on the way they interact on a daily basis.

Parbhoo continued that there is also the issue that often people are willing to say something on email or via text that they wouldn’t normally say face to face, with their device acting like a barrier between them and the impact of their words on another human being. “One of the aims of the digital civility challenge is to show that just because you have the device, you still need to treat people with the same empathy, kindness, respect and dignity that you would do face to face,” he stressed.

Is this the real thing?

Another large concern highlighted by the report is the increase in hoaxes, scams and fraud, which are very high in South Africa at 44% compared to the global average of 22%. This, noted Ashleigh Fenwick, public relations and communications lead for Microsoft South Africa, really speaks to the need for education.

Indeed, the rule of thumb is that if it sounds too good to be true, it probably is. And no, Microsoft does not have a cheque in your name and “just requires your bank account details to deposit it”.

Exacerbating matters is that cyber related activities crosses borders. “You could be scammed by someone in Nigeria, where there is no actual South African law that governs that individual and their behaviour. It's a new world we are living in, you can't apply real world law to a digital world,” she continued.

Fenwick continued that, just like every other country and every other industry, South Africa, and the justice system respectively, have to learn to operate in the cloud world.

The good news is that progress is being made. “If you look the Protection of Personal Information Act (PoPI) and the Cyber Security Act, they are going in the right direction. Europe for example has instituted its General Data Protection Regulation (GDPR), if you look at what PoPI says it actually aligns with GDPR,” she noted.

“Microsoft does a lot of work with the digital crimes unit and honestly, they have come a very long way,” Fenwick added.

So why the need for a focus on digital civility? Fenwick explained that when those in the IT industry talk about digital transformation or the fourth industrial revolution, there is always a discussion around the risks, and those are often around job displacement. “But there are also increased security problems, a broadening of the digital divide and dehumanisation is a real risk, unless we're aware and we actively try to mitigate it. How do we still keep the humanity with the technology?,” she concluded.

And that is the ultimate question, and one that will likely be asked more frequently as we move further into a digital transformed world, characterised by the internet, cloud and artificial intelligence.