We first heard details of Samsung Pay in March, with the South Korean manufacturer detailing its impending arrival at the launch of the Galaxy S6 and S6 edge at MWC 2015. To date, very little has happened on that front, until now, with reports suggesting that the company is testing out Samsung Pay in select Korean markets.

The source is very credible, considering it comes from Samsung's official blog, Samsung Tomorrow. The blog has named this test as a Trial Service, which officially began rolling out in Korea yesterday, with the payment service itself limited to Galaxy S6 (review) and Galaxy S6 edge (review) users exclusively. 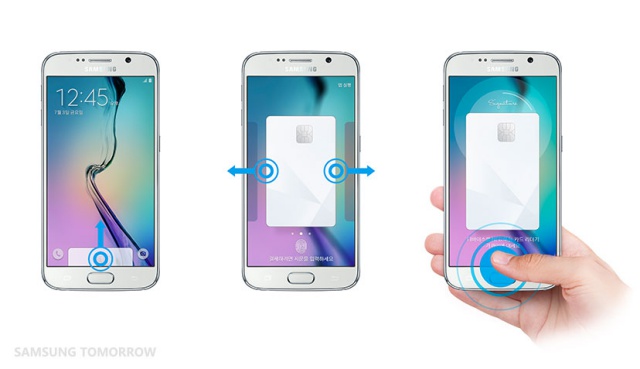 Samsung Pay works with a dedicated app, and leverages several of the features found on the manufacturer's S6 flagships. Adding a credit card for example, will require use of the smartphone's primary camera, as well as its fingerprint scanner to facilitate payments and security.

In terms of which credit cards will work with Samsung Pay, the blog did not clarify, but the video below courtesy of Mastercard, clearly shows that they are on board.