Sony has debuted two new Xperia devices at IFA 2016, as the company aims to expand on the X brand of offerings first seen at MWC earlier in the year. Named the Xperia XZ and Xperia X compact, they'll cater to flagship and mid-range consumers respectively, according to Sony.

First the Xperia XZ, which is said to be the natural successor to Z5 of last year, and sits atop the Xperia range as Sony's flagship device heading into 2017. Its display measures 5.2", with a newly rounded edges to the sides of the body accompanying it. A slight departure from the aesthetic that Xperia devices have kept for the past few years, it's designed to make the XZ easier to hold. A nice return is waterproofness and dust-resistance, with the XZ IP68-rated in both categories.

As we look beyond the subtle changes in design, it is the camera that Sony has been talking up for the XZ. Still 23 MP in size, initially rolled out with the Z5 trio last year, it now features three different sensors to improve the overall shooting experience. To that end, accompanying the 23 MP lens are a laser autofocus and RGBC-IR sensors. The addition of this triple sensor technology is an improved photographic performance in a number of environments, say Sony. 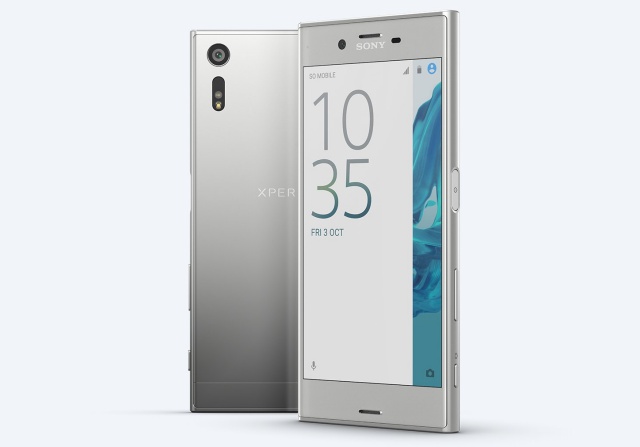 Another key feature is battery life. Despite opting for smaller than usual 2900 mAh battery, Sony has added both adaptive charging and a new USB Type-C port. The latter also aids in fast charging, with 10 minutes in this mode yielding an estimated 5.5 hours of battery life. The adaptive charging also ensures that once the phone is fully charged, the charger will no longer draw power, which should improve the lifespan and overall performance of the battery itself.

Along with improvements to design, battery and camera performance, the Xperia XZ will be sporting a quad-core Qualcomm Snapdragon 820 processor internally, akin to the setup found in the LG G5, along with 3 GB RAM and 32 GB onboard storage.

Moving down a tier is the Xperia X compact. A toned down version of the Xperia X Sony showcased at MWC, it looks more like the XZ in person. It has a 4.6" Full HD display up front and has a hexa-core Qualcomm Snapdragon 650 processor to do the heavy lifting.

Other key differences between the X compact and XZ sees the latter imbued with category 6 LTE, whereas the XZ features category 9. Furthermore, it is not IP68-rated, so take underwater selfies at your peril. It does sport the same 23 MP camera with triple sensing technology, however, which should please happy mobile snappers.

It too, has a USB Type-C port for fast charging, with a 2700 mAh battery powering the device. All in all then, it could prove a worthwhile upgrade to the Z5 compact as Sony has billed it as, provided the price is right.

Speaking of pricing and availability, both the Xperia XZ and Xperia X compact are expected to land in South Africa as early as 1 October. Price tags, however, are a little harder to pin down, but Sony Mobile South Africa is aiming to bring the XZ in at around the R12 999 mark and X compact at roughly R10 999. Hopefully though, the latter can dip under the R10k threshold, as price proved to be the Xperia X's downfall.