The free trial for Apple Music ends tomorrow, is your auto-renewal on or off?

Apple made a few waves when it debuted its new Music service a few short months ago, particularly because it was not only a curated playlist service akin to that of Spotify, but also offered access to Beats 1 Radio, all of which was offered on a three month-long free trial by the Cupertino-based company. Now that the three months of freedom is about to elapse, and as 9to5Mac points out, it's probably a good idea to turn the service's auto-renewal feature off, to avoid any unwanted bills at the end of the month.

As of 1 October 2015, those users still subscribing to the service will be charged $10 a month, or $15 a month for the family plan, depending on which option you initially signed up for. While some Apple Music users around the TechSmart office are very pleased with the service, paying for an additional service outside that of iTunes may not be for everybody.

As such, those wishing to cancel or turn off the auto-renewal service should be paying attention to the following. First, open up iTunes on your Mac or Windows PC. Enter the account info tab on your profile. Once there, scroll down to see your subscriptions, and then click 'manage'. From there, click on 'edit' for the Apple Music Membership. You'll then be given several subscription options to choose from. At the very end, you'll see an auto-renewal option, click 'off' to ensure that the subscription ends come 30 September. 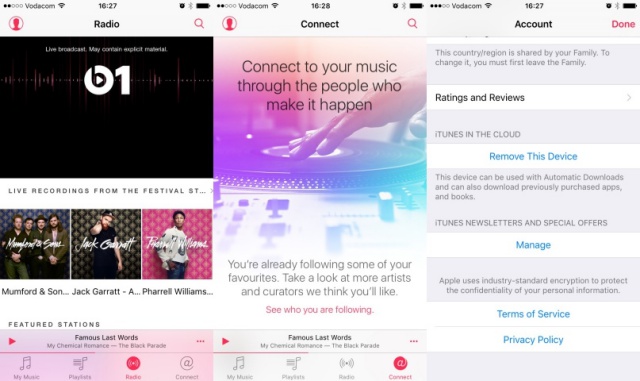 You can also do so from your iOS device in the Apple Music app itself. Once in-app, click on your profile and then 'view apple ID'. Once you're on the account info page, the steps are the same as above.