With August being Women’s Month, and Women’s Day on Thursday, much attention is rightly being given to how gender inequality can be better addressed. It may seem an unlikely champion for the cause, one area though, where progress is being made is in eSports, also known as competitive gaming.

Jana “SaltyMonkey” du Toit, the team captain for Bravado Gaming’s all female team, Finesse, explains that when she first started playing CounterStrike: Global Offensive (CS: GO) competitively, she had one of two kinds of experiences from the then predominantly male-dominated pursuit. “I was either hit on the moment I stepped into a server or was told to go back to the kitchen and make sandwiches. It was very demeaning and made it difficult to play,” she relates.

She adds that there were also genuinely nice guys as well. “The only bit of a downfall to that sometimes they were welcoming for the wrong reasons, because there aren’t that many girls in gaming.”

Thankfully, times have changed. Du Toit notes that in the last four to five years she has seen greater respect being afforded female players on the highly competitive game coming through. “When we go into a server, we are now seen as an equal players which is exactly what we want,” she continued.

As to the other arenas of life where Du Toit hopes to see greater gender equality, equal pay for women is top of the list. Additionally, she points out that other competitive sports can and should afford female competitors greater equality and respect.

“I’m not saying I would like men and women to compete on the same field, but I feel for example our female cricket team aren't really been supported in the way they should, and likewise for our female rugby team. I would like to see more women in sport being supported in traditionally male dominated areas,” she clarifies. 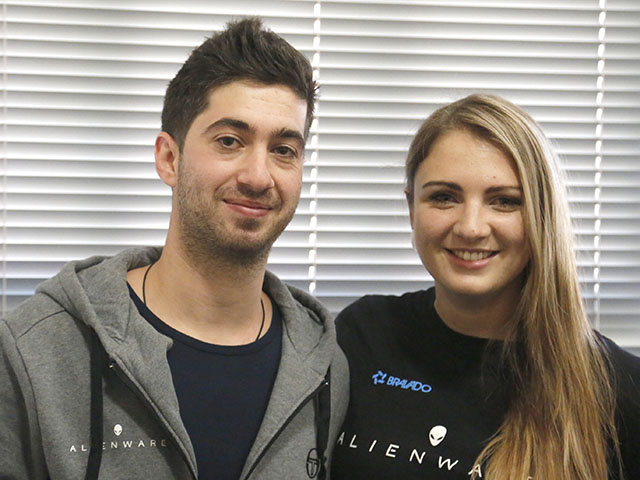 As Bravado Gaming has demonstrated – with both all male and all female teams being a force to be reckoned with on the international eSports scene – businesses and sponsors can and should take notice of female players and the exposure they bring to their sport.

Du Toit points out that as large companies see women's teams shaping up and realise there is money to be made from sponsorships, exposure, advertising, it does help bring more women into the sport.  She elaborates that since Finesse’s inception a year and a half ago, the interest it generated made people take notice, to the extent that there was a need created for females in CS: GO which then caused more female teams to form. “Once sponsors become more involved, it creates more interest and a snowball effect ensues,” she enthused.Indeed, currently Bravado Gaming is sponsored by Dell, Alienware and Intel, all of which are formidable presences in the PC gaming sphere.

Even with the gender gap being closed in the eSports domain, there is still some education to do, particularly around the value of competitive gaming.

For starters, eSports certainly can take those skilled at it far, both figuratively and literally.  Dimitri Hadjipaschali, the captain of Bravado Gaming’s CS: GO male team, notes they are currently living in Arizona in the States. Their eSports career though iis not a part-time endeavor, entailing team practise from 11 until 5 or 6 pm with little breaks in between. Evenings are then occupied by official matches, with a typical day ending at 9pm. Essentially, competing globally is now a fulltime job, he added, with eSports in particular being taken much more seriously in the last four to five years.

Both Du Toit and Hadjipaschali noted that they have seen measurable benefits from playing CS:GO. For Du Toit it has been an increase in her reaction times, as well as a more analytical way of thinking inf life beyond the computer screen.

“When you play competitively against people who are constantly trying to beat you, your mind is constantly thinking about how to outsmart someone. Much like poker, it changes  how you think about people and reacting to them,” added Hadjipaschali.

More importantly though, in a world in which collaboration is fundamental to business and dealing with disruption, both agree that CS:GO encourages them to refine their team dynamics and thus learn how to better deal with different personalities.

A point raised at the recent Voices for Change event was that the synergy between men and women is what propels business, or in this case, a sport, forward. Du Toit explained that the founder of Bravado Gaming, Andreas Hadjipaschali (Dimitri’s brother), works with both female and male teams, and constantly notes how different the two teams are.

“While the female team tend react more emotionally and listen more closely, the guys on the other hand are less emotional so are more inclined to actively go for things. Both of us can learn from one another, with us female players learning to put our emotions aside sometimes and be more proactive, and sometimes the guys can learn to listen a bit more and implement strategies suggested to them.”

“However, I think the integration of male and female is quite young and we will probably only start seeing more of a synergy emerging when we have mixed teams playing together in the future,” she added.

As to advice for girls or women in particularly wishing to break into the competitive arena, Du Toit encouraged persistence.

“It started as small dream for me, by consistently working every day and improving, having a goal I eventually got there. If eSports is what you want to do, don’t let anyone put you down - go for it,” she concluded.