Microsoft South Africa has pulled the wraps off of its Windows Phone 8 (WP8) smartphone operating system (OS) at a function held at the Radisson Blu Gautrain hotel in Sandton, revealing the new features that the OS offers users.

Aesthetically, WP8 looks a lot like Windows Phone 7.5 (Mango) as it features the familiar Live Tiles that show info such as the weather forecast for your area, without you even having to open the weather app. However, these tiles can now be resized with a small, medium and large tile size available, enabling users to add an extra layer of customisation that was lacking within Mango’s Start screen.

Furthermore, Live Apps can also be pinned to the Start screen including the newly revamped Facebook app, which notifies users, for instance, if someone posts on their wall or made a comment on their photo.

Microsoft said that there are now 120 000 applications on the Windows Phone Store (formerly Windows Phone Marketplace) including big draw cards the likes of Angry Birds Star Wars, and the entertaining Cut the Rope Experiments. This count matches the app count available within the Nokia Store, but is a far cry from Apple’s App Store tally (700 000) and the 675 000 apps and games available on Google Play.

One feature that differentiates WP8 from other OSs like Android or iOS is Kid’s Corner, which is targeted at parents. Kid’s Corner allows users to share their smartphone with their kids, enabling them to access certain apps and games with the rest of the phone’s functionality (including the capacitive buttons below the display) being inaccessible.

This kids-proofed section is accessed from the lock screen when you swipe to the right, and parents are easily able to select which apps, games, and even the multimedia content (music and videos) that their kids can view and play within Kid’s Corner. 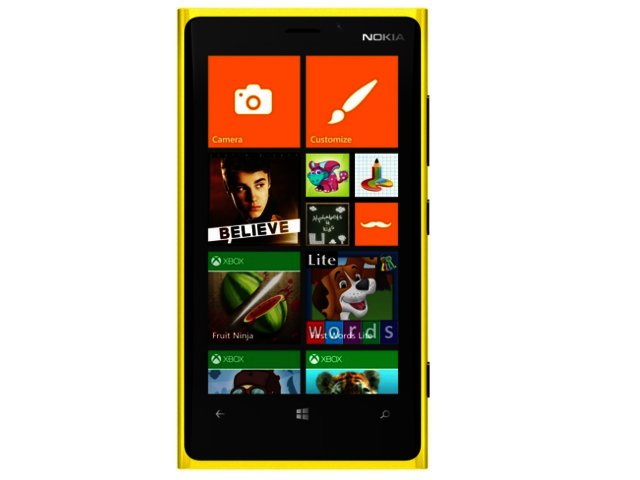 Now your smartphone has a children-only section via Kid's Corner.

New within WP8 is Rooms which works like Groups did within Mango. It allows you to create private groups for family, friends or colleagues and chat, groups SMS, and share things within the room such as a common group calendar, private photos or even a shopping list with your housemates. Although this feature is primarily targeted for people with a WP8 device, certain features like being able to mass SMS everyone within a room will work with people using an iPhone or other competing handsets as well. 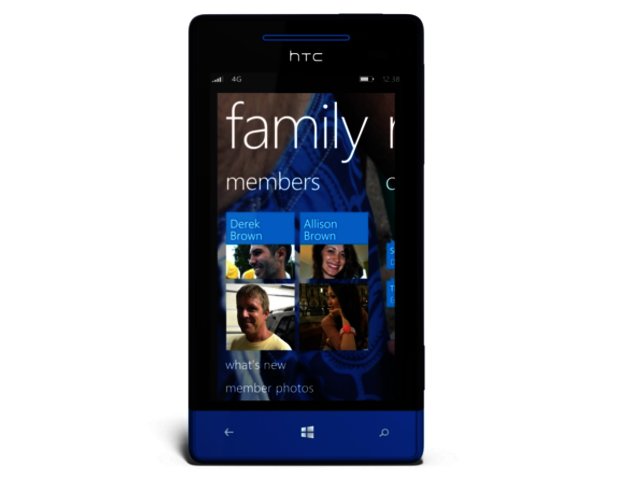 Thanks to Microsoft’s acquisition of Skype, the application offers a more complete experience on WP8 than other mobile platforms. Skype enables users to make and receive Skype calls (audio calls and video calls) just like a regular phone call, as you simply need to tap a friend or family member’s contact card within the People Hub to phone them over Skype. The app will now also always run in the background, in order to provide you real-time with notifications, where you previously had to have the app open to receive these. 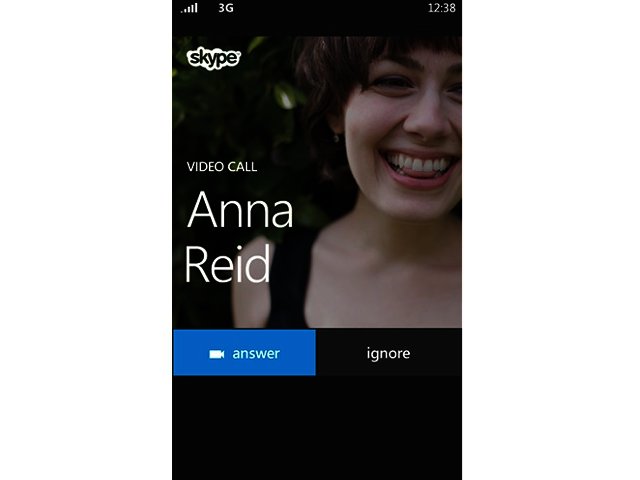 NFC (near field communication technology) is also features within WP8, allowing users to tap their NFC smartphones together to share content including contact details, photo, or link to a webpage.

As part of the WP8 announcement, Microsoft also revealed a range of new smartphones based upon WP8 including Nokia’s Lumia 920, Samsung’s ATIV S and HTC’s Windows Phone 8X. These WP8 based devices will go on sale locally during November.

The smartphones helped illustrate the new hardware advantages on offer within WP8, which is based upon Windows 8, compared to Windows Phone Mango that was based upon Windows Mobile. This includes its support for multicore processors and multiple screen resolutions.

Although all of the WP8 devices that will become locally available this year are powered by a 1.5 GHz dual-core Qualcomm Snapdragon S4 processor, WP8 supports dual-core, quad-core, and even octa-core processors. In fact, Microsoft said that in theory, this mobile OS can support a mobile processor with as many as 64 cores. 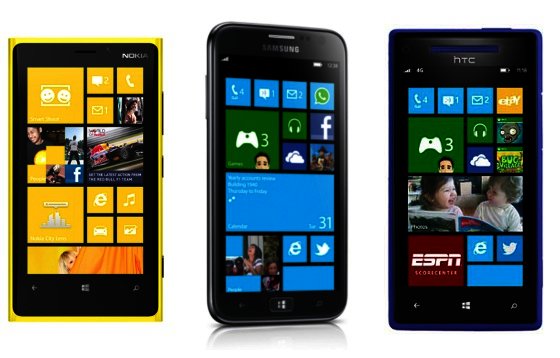 Meet the three top-end WP8 amigos vying to become your next smartphone this holiday season.

“For example, now you can edit a document on the go with Windows Phone 8 and pick right up again on your PC when you get home.”