Apple has finally pulled the wraps off its new iPhone, the highly anticipated iPhone 5, which is the thinnest and lightest smartphone to come from the Cupertino-based tech firm. The company believes that the iPhone 5 is the thinnest smartphone in the world, with a new 7.6 mm anodized aluminum body that is 18% thinner and 20% lighter than that of the iPhone 4S.

This mobile does pack a bigger display, as expected, with Apple instead opting for a 4" Retina display which features more pixels that the iPhone 4S’s 3.5" touchscreen (640 x 960) thanks to a slightly higher 640 x 1136 (same 326 ppi though) resolution. This sees it on par but not besting its rivals, with Nokia’s newly announced Lumia 920 for instance sporting a larger 4.5" PureMotion LCD display with a higher resolution (1280 x 768; 332 ppi).

Powering the new iPhone is Apple’s A6 chip that the firm says will deliver up to twice the CPU performance and around double the graphical performance of the dual-core 1 GHz A5, which is used in the iPhone 4S. The company has not divulged the number of cores or even the clock speed of this new application processor, only adding that it is also more power efficient than the A5 due to the fact that it is 22% smaller than that chip.

As expected Apple paid a lot of attention to the optics, since onboard is an 8 MP iSight camera that Cupertino has completely redesigned, now making use of a more slender sapphire crystal lens cover, apparently more durable than standard glass. This snapper is also 25% smaller than the camera doing duty in the iPhone 4S and boasts a new panorama shot feature that allows users to capture highly detailed panorama images of up to 28 megapixels.

New video functionality includes improved stabilisation, video face detection for up to ten different faces as well as the ability to take still photos as you record video, just like you are able to do on an HTC One X. An improved FaceTime HD front-facing camera enables users to take clearer self portrait shots and record HD-Ready (720p) videos. 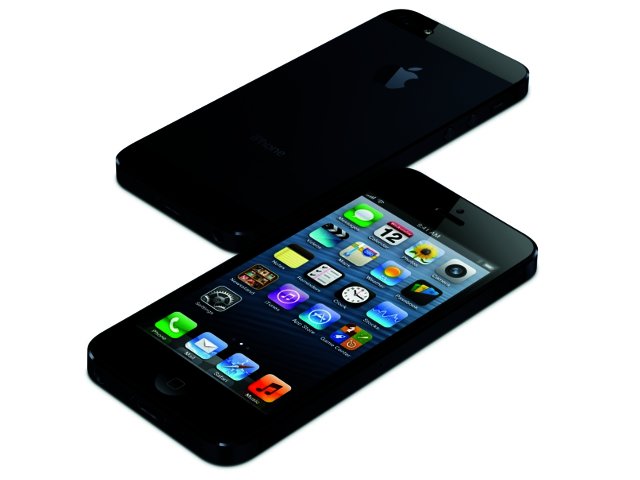 The iPhone 5 operates on iOS 6 which sports more than 200 new user features such as the new Maps app with Apple-designed cartography, turn-by-turn navigation, real-time traffic information and novel Flyover view. Facebook integration now extends to contacts as well as the calendar, whilst the Siri voice features have been enhanced, while users now also have the ability to share their photo streams via iCloud.

Apple said that its new EarPods earphones that the new smartphone comes with, has been redesigned to provide a more natural fit and now boasts a acoustic quality that is typically only found on higher-end headsets.

At the bottom of the 4G (LTE, also works on 3G HSDPA networks) device, users will find a new dock that Apple calls the Lightning connector. It is smaller as well as more durable than the previous connector and features an adaptive interface, which employs only the signals that each accessory requires.

The bad news is that this new connector means that users who own a number of accessories for their current iPhone will need to buy a Lightning-to-30-pin adapter in order to connect these to the new iPhone 5. You also won’t be able to use your iPhone 4S’ micro-SIM in the new device, since it utilises the newly adopted nano-SIM card format. 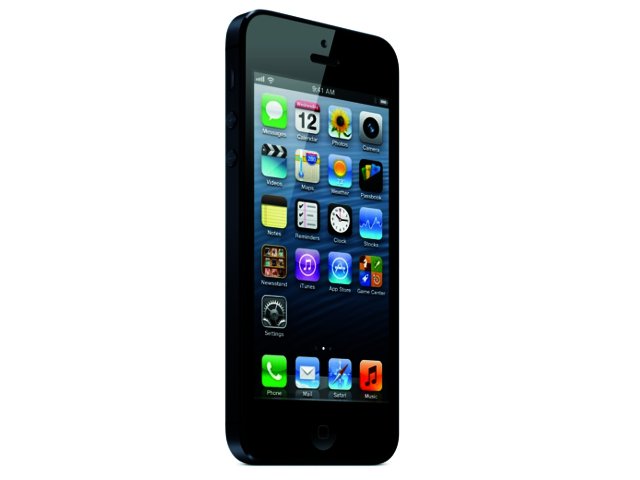 The second phase of the global roll out sees the device being released in 22 additional countries on 28 September which ranges from Austria to Switzerland, but unfortunately South Africa is not listed amongst these. No local release info is available yet, but we'll keep you posted.

iOS 6 software will be released on 19 September as a free software update for the iPhone 4S, iPhone 4, iPhone 3GS, iPad 2, the new iPad, and iPod touch.

In the TechSmart office, the general consensus is that Apple’s rivals have definitely managed to catch up to the firm and even surpassed it in some aspects (NFC support, wireless charging and bigger, higher resolution displays). It seems that the iPhone 5 is not the class leading device that its predecessors were and more of an evolution of the 4S rather than a completely new, revolutionary product.

Check out our iOS apps of the month (September 2012) here, for a look at some of the best free apps that Apple's App Store has to offer.
TAGS:
AppleiPhone 5smartphonemobile platformmobile OSiOS 6
USER COMMENTS