Two thirds of new US mobile buyers opting for smartphones

During Q2 2012, smartphone penetration continued to grow in the US, with 54.9% of US mobile subscribers owning a smartphone as of June 2012. This is according to the latest research from market research firm Nielsen, which found that two out of three Americans who acquired a new mobile phone in the last three months, opted for a smartphone instead of a feature phone.

Over a third (34.3%) of smartphone owners use Apple’s iPhone, while owners of RIM’s (Research In Motion’s) BlackBerry smartphones represents another 8.1% of the smartphone market. 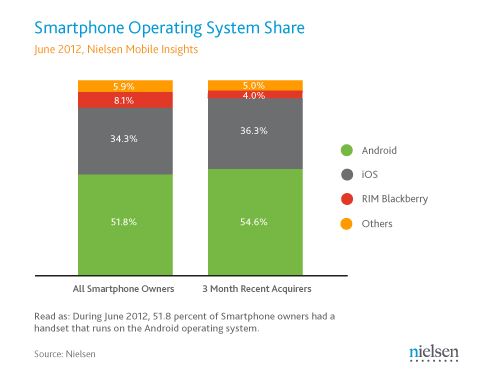 Table: Nielsen
Nielsen stated that amongst smartphone owners overall, Apple had the highest manufacturer share of smartphone handsets. However, Android OEMs (original equipment manufacturers), such as Samsung and HTC, are gaining on the Cupertino-based tech outfit.

When looking at recent acquirers who obtained their mobile devices during June 2012, the majority (54%) said that they chose an Android-operating handset, while only 36% purchased an iPhone. 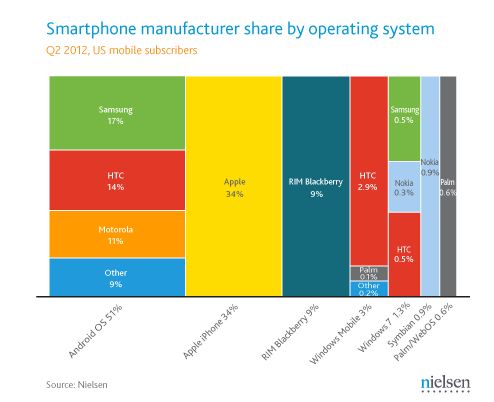