Web search giant Google has released the latest Android mobile operating system (OS) usage information, indicating which version of the mobile OS is the most used.

Despite the fact that Ice Cream Sandwich (Android 4.0) has been on the market for some time now, and available for some manufacturer’s devices, Gingerbread (Android 2.3 - 2.3.7) powered smartphones still dominate the Android mobile OS landscape. The smartphone platform obtained the biggest slice (64%) of the Android usage pie, but is one percentage point down on June’s figure (65%).

Last month Android Ice Cream Sandwich (ICS, Android 4.0 - 4.0.4) managed to land a spot on the Android podium by pushing its way passed Eclair (Android 2.1). This month ICS boosted its stake from 7.1% of Android-running mobile devices in June to 10.9% smartphones during July. 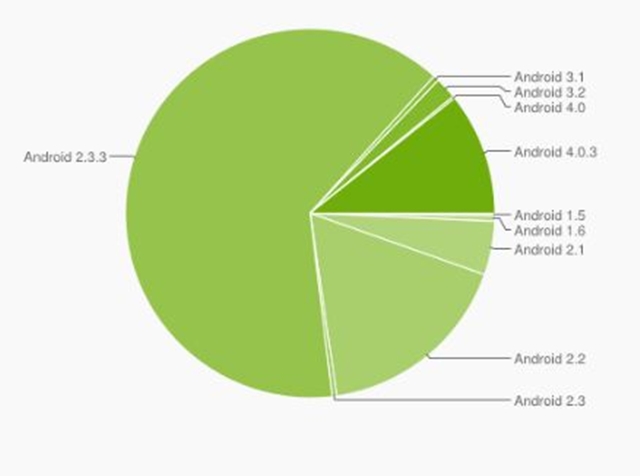