We may be looking forward to the release of Nokia’s first Windows Phone 7 OS powered smartphone, as well as to the novel user experience of the MeeGo-powered Nokia N9, but the Finnish company is still churning out its Symbian-operating mobile devices such as the new E6. It runs on the updated version of Symbian^3, dubbed Symbian Anna, which sports some under the hood improvements.

The E6’s design, like that of the E5 as well as the Nokia E72, is very reminiscent of a BlackBerry Curve or Bold’s form-factor. This smartphone is very grip- and pocket-friendly (115.5 x 59 x 10.5 mm, 133 g), with the QWERTY keyboard’s responsive keys being really easy on the fingers.

Besides the keyboard the smartphone’s 2.46" TFT capacitive touch-screen can also be employed to navigate the device’s mobile operating system (OS). It is very responsive as well, boasting a slightly better (640 x 480 pixels) VGA resolution than the 640 x 360 of its stable mates, the likes of the E7, N8 and C7.

This display also packs in a couple more pixels per inch (328 ppi) over that of the iPhone 4’s class leading Retina Display (326 ppi). The displays on Nokia smartphones are always crisp and clear, allowing for excellent viewing angles, but the high pixel density on the E6’s display means photos and especially videos look very good indeed (on par with the iPhone 4). This despite the limited amount of screen real estate, which unfortunately limits the phone seeing that you probably won’t be watching feature films on this handset.

Speaking of being on par, the E6 runs on Symbian Anna which Nokia announced back in April. With Anna the company hopes to bring its mobile OS (at least a bit) on par with modern rivals the likes of Android and iOS.

Symbian Anna’s most striking new feature is its fresh look, which now finally makes it look like a new mobile OS, as Symbian^3 was virtually indistinguishable from the outdated Series 60 it replaced. Although navigating the OS would be very familiar to Symbian users, the new iconography and ability to have five home-screens instead of the usual three makes for nice visual and practical (in terms of the latter) improvements.

As handy as the ability to add five home-screens, is the new portrait QWERTY keyboard which makes touch-based text input a lot easier and faster. Scrolling your way through the home-screens is also a lot smoother and noticeably quicker than it was in Symbian^3 thanks to real-time scrolling.

However, you still lack the OS customisation levels that one finds in other modern OS’s such as Android, as you still have to place your widgets and shortcuts into cookie cutter templates, as opposed to freely placing these anywhere on the home-screen. Even in iOS  which also doesn't allow for the same level of customisation as Android, you can create folders to manage your plethora of apps on the home-screens. 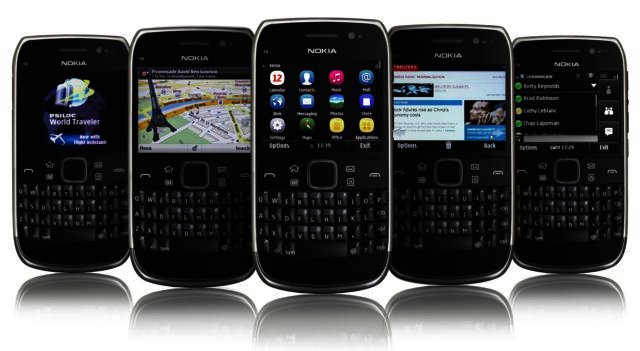 Keeping things running smoothly in the OS is a 680 MHz ARM 11 CPU, but there are instances of noticeable lag here and there. This processor isn’t in the same league as those utilised in  other modern smartphones, which features speeds of 1 GHz such as the Samsung’s Omnia 7 and top of the line models which nowadays sporting dual-core system-on-chips like the Samsung Galaxy SII.

Nokia’s E6 comes with a very decent 8 GB of internal memory that can be boosted to a whopping 40 GB with the addition of a MicroSD card, as the mobile supports cards up to 32 GB in size. The battery is removable (unlike the N8’s and E7’s respective batteries) and Nokia rates it for a really impressive standby time of up to a month and 7 hours 30 minute talk-time over 3G.

We think that figure may be a bit too optimistic, but we will say that Nokia smartphones do boast above average battery life compared to other smartphones in the market. The E6’s standard 1500 mAh Li-Ion battery managed to last well over two days, so it isn’t inconceivable that you can charge it on Friday and not have to worry about being in the vicinity of a wall socket until Monday morning at least. This is much better than devices like the iPhone 4 that heavy users would have to charge basically every single day, unless they invest in a battery boasting cover for their smartphone.

The E6 also features Wi-Fi connectivity through 802.11n, Ovi Maps with best-in-class free car and pedestrian navigation, support for USB On-The-Go, Bluetooth 3.0, an 8 MP camera that has a dual-LED flash, and offers 2X digital zoom (3X in video mode), as well as HD-ready (720p) video recording at 25 fps. These HD-ready videos do look really good as do the photos that you capture via the 8 MP snapper.

This 8 MP snapper is not on the same level as the 12 MP camera of the N8, which sports Carl Zeiss optics as well as auto-focus, particularly when you take photos of something very close to you, as it doesn’t feature auto-focus and relies on fixed focus. Even though this is a business focused device you have access to the same photo and video editing tools that you find on Nokia’s multimedia powerhouse, the N8.

This enables you to, amongst others, crop and rotate images, add frames, text or even throwing some amusing effects into the mix such as giving your subject an egg-shaped head. Less options are on offer when it comes to editing videos but you’ll still be able to add transitions and suitable mood music. 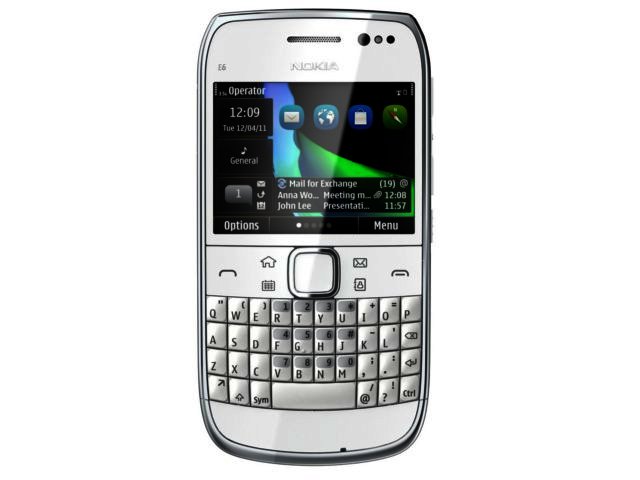 Nokia’s E6 makes for a very decent offering as it offers some impressive features including HD-Ready video recording, Bluetooth 3.0, USB-On-The-Go, document viewing and editing, as well as video and photo editing. It is available for a recommended retail price of R4499, which is decent in terms of the specs that’s on offer as well as all the accessories that the phone comes with. In terms of the latter you get a free car charger, leather pouch as well as a handy windscreen dock for the phone, enabling you to connect it to your windscreen when you employ Ovi Maps to guide you whilst driving.

The Achilles heel of this smartphone is still its mobile OS. However, Anna is now a lot better to employ than Symbian^3 and looks a little more modern too. It places Symbian in the same league as Android and iOS yes, but in the same way that the Platinum Leopards and Ford Pumas play Absa Currie Cup rugby along with teams such as DHL Western Province and the Vodacom Blue Bulls.

Nokia fans will love the E6, whilst business users will find it to be a pretty competent and easy to use device. If the user experience is of paramount importance to you, than you might want to check out the more affordable (R2350) HTC ChaCha, which utilises Android Gingerbread that will also provide you with a touch-and-type experience. Enterprise users can peruse RIM’s newly unveiled BlackBerry smartphones to make their pick of the Canadian manufacturer’s new touch-and-type Bolds.

Symbian Anna not quite on par with iOS and Android and processor also nowhere near best in class.

CONS
Symbian Anna not quite on par with iOS and Android and processor also nowhere near best in class.
TAGS:
NokiasmartphoneSymbian Annamobile OSNokia E6
USER COMMENTS