Thor was in dire need of a refresh. Marvel's Norse god of thunder has always seemed like a fringe character, with the likes of Captain America and Iron Man given the spotlight instead of the Asgardian. With the Hulk lumped into the same category, and both characters conspicuously absent from the action in Civil War, they each needed their own time to shine.

This is where Thor: Ragnarok comes in as the Norse god's third standalone flick, and the start of what we think will be Marvel Studios' go-to formula for films moving forward.

To that end, moviegoers can expect two things, both from Thor: Ragnarok and future Marvel flicks - colour and humour. This latest project takes on a similar tone to Guardians of the Galaxy, painting a kaleidoscopic world with the palette of Marvel artist Jack Kirby, and adding a good deal of humour to lighten the mood as well, juxt opposing nicely with the action sequences placed throughout the film. In fact, some of the fight scenes are fairly funny in their own right, with Thor and Hulk's reunion in the gladiatorial arena on Sakaar serving as a prime example.

The fictional planet of Sakaar also highlights how Ragnarok director Taika Waititi has approached things. With Sakaar a planet on the outskirts of the universe, and essentially a dumping ground for broken or misfit things, one would expect a fairly dark palette and a post-apocalyptic vibe. Instead, it's as bright and colourful as the pages from one of Kirby's Eternals comic books, with the design of background characters also paying homage to his work. 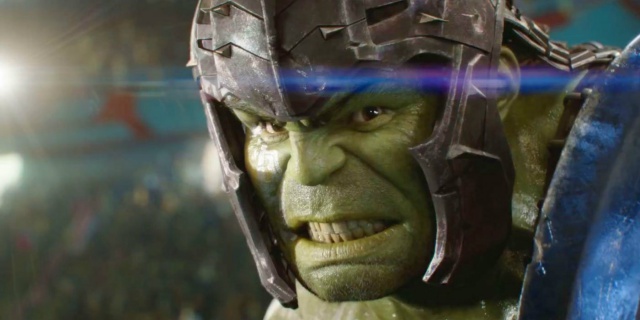 Along with the change in visuals, Waititi and the cast made a clear effort to lighten the mood, even in the most dire of situations. One of the opening scenes for example sees Thor chained and hanging on his side, being interrogated by a world-ending demon, with Chris Hemsworth cracking jokes the entire time and looking relatively unflustered.

Another welcome addition to the movie was in the introduction of Korg, a rock-looking gladiator also competing on Sakaar. His off-kilter banter, which is provided by Waititi in an unmistakable New Zealand accent akin to Flight of the Conchords, provides a refreshing take from the otherwise serious tone in certain scenes. His insightful remarks about Thor losing his magical hammer Mjölnir is one such interaction that encapsulates his style of humour perfectly.

Other aspects of Ragnarok that amp up the humour include Jeff Goldblum as the Grandmaster, delivering an oddball comedic performance as only he can. Karl Urban's turn as Skurge is also noteworthy, giving us a completely new take on what we imagine an Asgardian warrior to be. There's also a witty cameo from Doctor Strange (Benedict Cumberbatch), although we're not entirely sure if it warrants addition. Then again any chance to see Batch in action is always welcome. 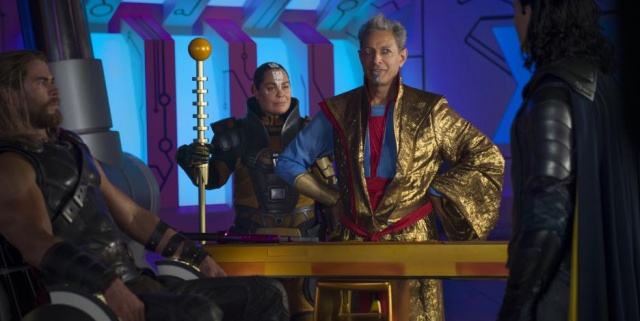 While Waititi successfully injects more colour and humour into Thor: Ragnarok, it would not be a Marvel film without there being some sort of threat. This takes the form of Hela (Cate Blanchett), the self-proclaimed goddess of death. To her credit, Hela certainly seems to live up to her title, quickly destroying Mjölnir within the first few seconds of encountering Thor and Loki (Tom Hiddleston).

Without giving too much away, Hela's introduction points to deeper elements within Asgardian lore, as some of Odin's (Anthony Hopkins) past dealings come to fruition, along with showcasing who and what the Valkyrie are within the Marvel Cinematic Universe (MCU). To that end, we're given a new character to fall in love with in the form of Tessa Thompson (Creed, Dear White People), who plays the eponymously named Valkyrie.

With Ragnarok serving as an end of days for Asgard, it's clear that if Thor is indeed going to take over Odin's role and lead the Asgardian people, it needs to be on fresh foundations. Whether those need to be built upon the burning ashes of an old Asgard, remains to be seen. 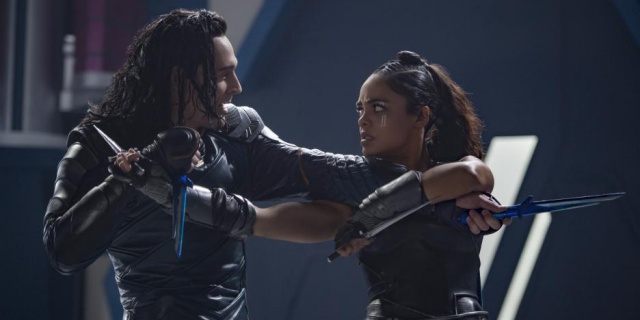 Given the heavy tones of Civil War, Thor: Ragnarok could have very easily tried to over correct, and pull a Guardians of the Galaxy Vol. 2, and try to force things into being too funny. Thankfully, Waititi has been able to keep things light hearted throughout, while also ensuring that there is enough spectacle and action to keep fans engaged and interested.

With the MCU seemingly into more space epic territory in coming years, such as the two-part Infinity War films, this new colour palette, and balancing act of humour and action in Thor: Ragnarok serves as a great template moving forward. More simply though, it's an enjoyable excursion to the cinema and a welcome escape.