Apple's first few months on the new device front has been pretty subdued, with the iPhone SE and 9.7" iPad Pro not winning over as many people as the company might have hoped. Perhaps then this is why the Cupertino-based manufacturer opted to debut its new update for the 12" MacBook via a sole press release and nothing else. 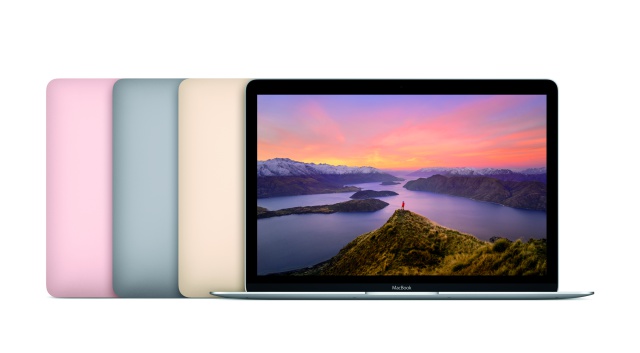 While the new rose gold paint job that Apple has given its MacBook seems to be getting the most attention, we're rather more focused on the internal improvements that they have introduced. The key aspects of the update include a new sixth generation dual-core Intel M processor setup, which clocks up to 1.3 GHz and features a turbo boost of up to 3.1 GHz. Added to this is faster 1866 MHz memory and a new Intel HD Graphics 515 system. The latter provides 25% better graphics performance according to Apple.

Other enhancements see snappier app launches courtesy of faster PCIe flash storage, as well as up to 10 hours of wireless web browsing and 11 hours of iTunes movie playback. Just like its predecessor, the 2016 MacBook has a USB-C slot to facilitate all the users port needs.

As far as availability goes, the new MacBook will go up on sale in the US today, with the 256 GB option retailing for $1 299 and 512 GB flavour going for $1 599. For now, availability outside the US has not been detailed by Apple.