Powering the Lumia 625 is a dual-core Qualcomm Snapdragon S4 CPU running at 1.2 GHz per core, which is complimented by 512 MB of RAM. Users have access to just 8 GB worth of internal storage, but can expand upon this by up to 64 GB via the microSD memory card slot.

Espoo seems to be following the display trend of bigger is better set by the likes of Samsung and Sony, as the 4.7” display size of the Lumia 625 is noticeably bigger than the 3.8" (480 x 800; 246 ppi pixel density) TFT ClearBlack capacitive touchscreen of the Lumia 620. 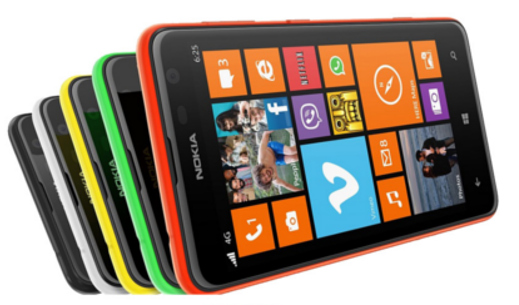 Nokia stated that the Lumia 625 smartphone will be available in a range of colours including orange, yellow, bright green, white and black, along with a range of changeable shells (back covers) to deliver an additional level of device personalisation.

The Espoo-based company plans to begin selling the smartphone in Africa, China, Europe, Asia Pacific, India, Middle East, and Latin America within Q3 2013. No local pricing and release details are available yet.

“With our largest smartphone screen to date, the Nokia Lumia 625 is a perfect example of how Nokia is delivering leading smartphone innovation and experiences at every price point,” said Jo Harlow, executive VP for Nokia’s Smart Devices division.