Ford Sync in the new Focus

Ford is catering to the trendy multimedia needs of drivers, making its Sync in-vehicle infotainment system available to local buyers, kicking off with the new Focus models.

The Sync system has been co-developed with Microsoft and features an advanced voice-recognition system. Thanks to the enhancements made by Ford’s voice technology partner for Sync, Nuance Communications, the system is able to recognise up to 150 voice commands and cope with variations in accents as well as vocabulary.

Drivers can use voice commands and steering-wheel mounted buttons to access functions such as making- or answering incoming calls, or controlling music playback for tracks streamed over Bluetooth. In the South African market, the system is only available with UK English as its language option.

How does it work?

To begin, simply pair their mobile phone with the Sync system, by turning on Bluetooth and scanning for devices. Choose Sync from the list of available devices and enter the password (done only once) provided on the car’s second info display located between the rev counter and speedometer. Now you can copy your smartphone’s contacts (as the primary registered device) to the system, which allows up to six devices to be registered. 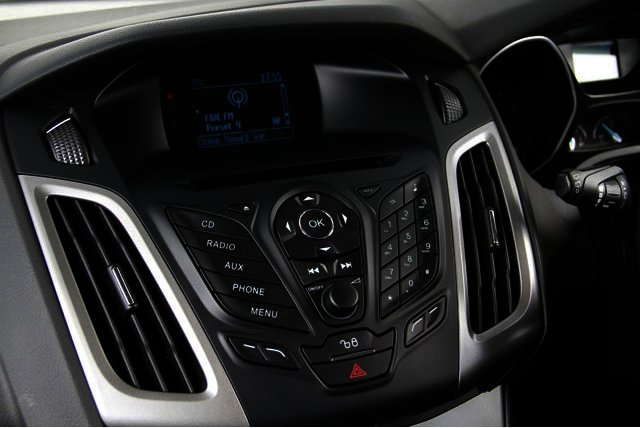 The button layout on the dash is a bit fussy in our opinion, but still easy to use.

Synching to the needs of modern drivers

According to Ford, Sync is built upon Microsoft’s Windows Embedded Automotive, a software platform that enables the system to deliver the most comprehensive connectivity options. We found that this is indeed the case as we were able to successfully test Sync with a large number of devices, including a Nokia Lumia 920 (Windows Phone 8; review), Samsung Galaxy S3 (Android 4.1 Jelly Bean; review), BlackBerry Torch 9810 (BlackBerry 7.1 OS; review), iPhone 4S (iOS 5; review) and Nokia E7 (Symbian; review).

The system paired easily each time and enabled us to stream music from the phone and control playback via the buttons on the Focus’ steering wheel (skip forward and back, volume up and down). Alternatively, you can also use voice commands to navigate your music library by pressing the voice button on the steering wheel and saying “play similar” to find similar types of tracks, or “play White Stripes” to play the songs by your favourite band for instance. 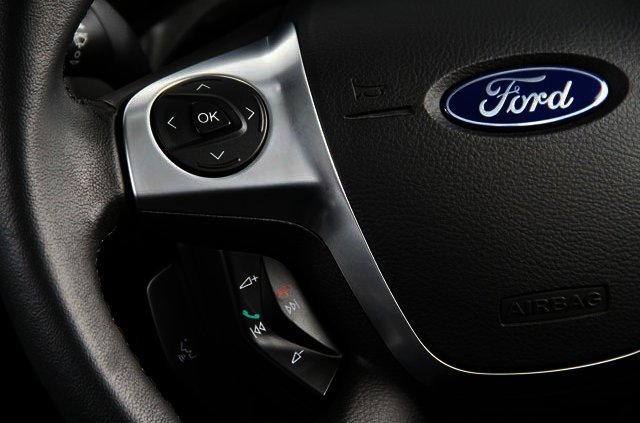 Satelite controls means the driver can safely control media playback and answer calls, without taking his hands off of the steering wheel.

Making or answering a call, the skip forward and back buttons function as call answer and reject buttons. To call, you simply press the voice button and say “dial”, followed by the number or say “call X” if it is one of your contacts in the phonebook.

Since there are USB and auxiliary input slots located in the car’s glove box, MP3 players or flash disks can be utilised, with the button-loving centre console of the Focus, or voice commands, used to select tracks.

In most cases, using voice was accurate and worked without hassle, but the system can sometimes find it difficult to distinguish between names that sound very similar. Mistakes though were the exception rather than the rule.

We drove the 1.6 Trend four-door, which is powered by a 1.6 litre Duratec Ti-VCT petrol engine that churns out 92 kW of power and a 159 Nm. Even though this is down on both counts (110 kW and 178 Nm) compared to the 1.8-litre four-cylinder petrol engine of the Hyundai i30 (review) we tested, the Ford actually felt punchier through the streets. This was as a result of its steering being more direct than the far-too-light steering on the i30, whilst the Focus also had a firmer, more sportier ride.

As with the i30, we also found ourselves wishing for a bit more overtaking oomph whilst driving on the highway, which the sublime Ford Focus ST (184 kW; 360 Nm) or even the 2.0 litre version (125 kW; 200 Nm) of the Focus would have delivered, due to the added grunt under their respective bonnets. 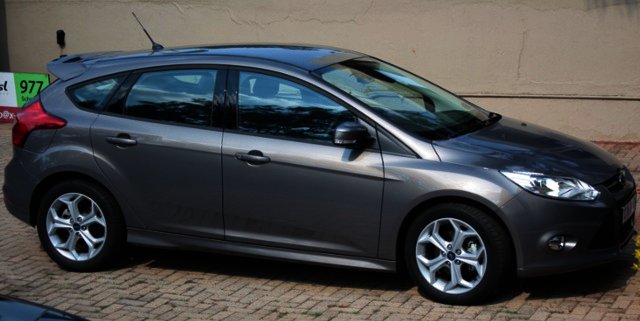 The dynamic, athletic design is complimented by some sporty handling.

Not only is Ford’s Sync system safer for drivers, but it helps distinguish the Focus from its main C segment hatchback rivals, including the VW Golf and the Hyundai i30.

It’s the kind of infotainment system we expect from cars in 2013, and Sync is actually to become standard in almost all new passenger Ford models sold locally (excluding the entry-level Figo), starting with the new 2013 Fiesta that launches in Q1 2013. The Focus 1.6 Trend 4-door goes for a recommended retail price of R 235 750 which includes VAT and CO? tax.

It is a standard feature and not optional extra.
It works well.
You are able to make/ receive calls safely.
Can access a wider selection of music from many sources.
Voice commands work very well.
System works with a variety of different mobile platforms.
USB connectivity and auxiliary port also provided.

System can on occasion fail to distinguish between names that sound similar.