Microsoft is merging Messenger with Skype

Microsoft has revealed that it will soon (Q1 2013) be putting its instant messaging (IM) application, Messenger, out to pasture in almost every market around the globe, except for mainland China.

The Redmond-based software company has already added the ability for Skype users to sign into the application by using their Microsoft account. This is the same account that is used for Messenger, Hotmail, as well as Outlook.com, with the result of this move being the automatic availability of users’ Messenger contacts within Skype.

According to Microsoft, some of the features that users can expect, after migrating from Messenger to Skype, include: 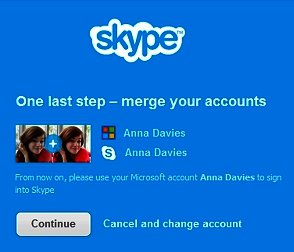 Microsoft completed its $8.5 billion acquisition of Skype in October 2011 and has since then moved to integrate the popular app more deeply within some of its software including Windows Phone 8.

“We’re confident that Skype provides a better experience and even stronger network – today and even more so in the future, especially with the addition of the Messenger network. And most importantly, because more of the people you care about will be on Skype, you can connect in richer ways, and you can be connected on more devices and platforms,” a blogpost by Brian Hall, Windows Live general manager read.

In related news, Microsoft South Africa recently pulled the wraps off of its Windows Phone 8 smartphone operating system, revealing all the new features that the OS offers users.