In order to deliver on these claims, the GeForce GTX 680 comes equipped with 2 GB of GDDR5 RAM, 1 536 CUDA cores, a 6008 MHz memory clock, as well as a 1058 MHz graphics clock. Power users are able to tweak these default settings of the card, courtesy of Asus’ GPU Tweak software that is included on the driver installation disk.

This utility enables you to set up different profiles for different scenarios. For example, you can have one ultra gaming profile with boosted memory- and graphics clocks for boosted performance, and a power-saving profile with lowered performance presets. The latter can be utilised for less demanding PC tasks such as browsing the web or watching a movie for instance.

In terms of the GeForce GTX 680’sconnectivity, you receive one DVI-I as well as one DVI-D connection, with the DVI max resolution coming to an impressive 2560 x 1600 pixels. Users with access to a full HD monitor will appreciate the HDMI out, whilst those who are still looking to upgrade their display will be able to make use of the standard Displayport.

As for power the card is less of a power hog compared to the GeForce GTX 580, which employed one 6-pin plus one 8-pin power connector to obtain its 244 W of maximum graphics card power required from a 600 W PSU (power supply unit) boasting system. Thanks to its Kepler architecture, the GTX 680 only needs two 6-pin connectors to get its 195 W of maximum GPU power from a system that is equipped with a minimum 550 W PSU. 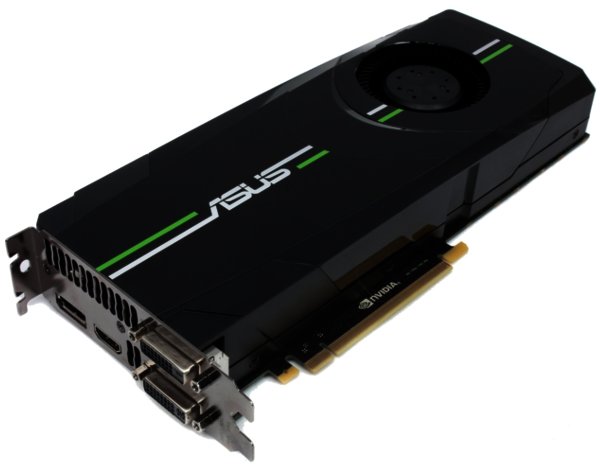 Kepler doesn’t just deliver power savings though, but also a gaming performance boost. We found that the high spec level of the GTX 680 translates into buttery smooth gaming performance, with blistering frame rates even at the highest resolutions and maximum quality settings. This remained the case within less demanding titles such as Need for Speed: The Run, Civilizations V and Battlefield 3, through to graphically taxing games the likes of Crysis 2 and Max Payne 3.

This high level of performance was further confirmed by the card’s benchmark results. During testing the GeForce GTX 680 lived up to our lofty expectations, delivering a fantastic score of 2169 within Heaven Benchmark 2.0. In addition, a score of 3151 was obtained via Futuremark’s 3DMark 2011 DX11 benchmark test.

Asus’ Nvidia GeForce GTX 680 delivers a significant amount of graphical bite for its equally lethal retail price. We feel that it is a worthy investment at R6 220 from LivDigital on 010-590-9281. If money is tight, then we recommend getting a GeForce GTX 670, as its performance levels are not worlds away from that of the 680 whilst its priced at a R1 000 less.

Top 5 Mid-Range Smartphones of 2017
Fitbit Versa
Is cybersecurity now as important as health and safety?