A common issue plaguing smartphones is battery life, as it has become standard practice to have to recharge these every night. Battery-boasting covers such as the Swiss Charger iPower for iPhone 4 and SaFPWR Milano smart battery case will extend your device’s battery life, but also adds to your smartphone’s weight and dimensions. An alternative solution is found in Energizer’s AP750A micro USB portable charger.

This ultra-portable (58 x 25 x 24 mm, 14 g) gadget will add extra standby-time to your BlackBerry smartphone or another mobile phone or MP3-player that sports a micro USB port, which can be found on most devices, unless you are an iPhone or iPod user.

The compact size of the device means it’s easy enough to pop this back-up battery into your car’s cubbyhole, notebook case or handbag, or to it carry along with your house-keys since a keyring attachment is provided.

Added smartphone juice via the AP750A Energi To Go

Energizer claims that the device’s Lithium Polymer battery (650 mAh) delivers up to 90 minutes extra talk time, and we tend to agree seeing that the AP750A charged our BlackBerry Torch 9810 smartphone from virtually flat to over 40% power within a period of 45 minutes.

The way the Energizer clips onto your phone to recharge (see the inline image) allows it to not interfere when making calls, nor will it bring down your words per minute typing speed. Unfortunately it does make the smartphone a lot more unwieldy to carry in your pocket when the charger is connected. 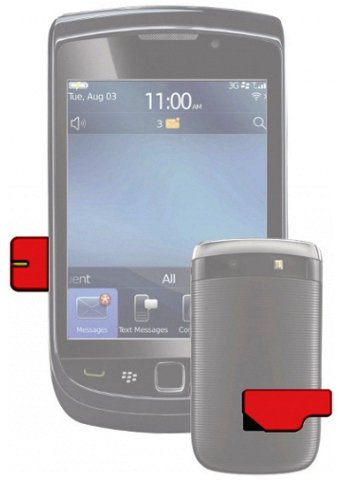 How the Energizer AP750A connects to a phone
There is an LED light at the front of the charger, which glows green to indicate when in use or being charged, and red when its own battery is in need of a recharge. This can be done via any standard micro USB charger, while you can then also plug the Energizer into your phone to kill two energy depleted birds with one stone. The portable charging solution should also outlive the duration of your cellular contract, since Energizer stated that its battery is rechargeable up to 500 times.

Energizer’s AP750A Energi To Go portable charger is an extremely convenient way of charging your mobile device. This back-up battery does make your smartphone a bit less pocket-friendly and doesn’t come with its own recharge cable, but these are relatively minor issues compared to the convenience of extending the battery life of your smartphone or MP3 player. It comes with an RRP of R239.

Compact dimensions and weight, handy keyring attachment, extends your smartphone’s talk time by up to 90 minutes, works with many different phones because of micro USB port.

Cons:
Makes your smartphone a little less pocket-friendly when in use, doesn’t come with its own charger cable.

PROS
Compact dimensions and weight, handy keyring attachment, extends your smartphones talk time by up to 90 minutes, works with many different phones because of micro USB port.

CONS
Makes your smartphone a little less pocket-friendly when in use, doesnt come with its own charger cable.
TAGS:
Energizermicro USBsmartphoneportable chargermobile charger
USER COMMENTS