Wireless earphones are going to come into sharper focus during 2017. One of the companies aiming to capitalise on this is Bragi, which has successfully funded two wireless earphones via Kickstarter over the past couple years.

The first pair is the Dash, which last year arrived locally and feature smart functionality to track activities, for an estimated R6 000. The second pair is simply called the Bragi Headphone, and costs roughly $149 (R2 019), but isn't imbued with the same smart capabilities as the Dash. 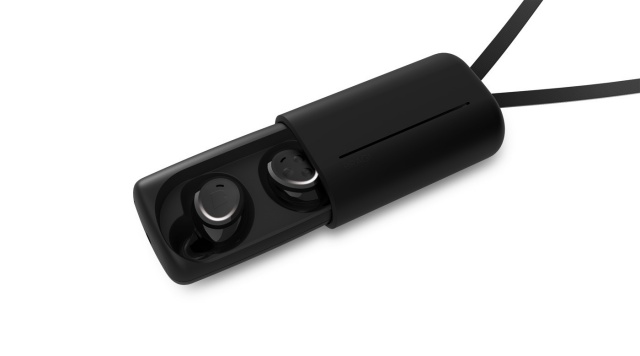 Now, the Bragi Headphone has gone on sale in select regions, and will be aiming to be an alternative to Apple's AirPods for users who may not be enamoured with the Cupertino-based company's new pair of wireless earphones. Although the Bragi Headphone cannot track physical activity, it still has a few smart functions, such as onboard controls for volume, playing/pausing music, taking phone calls, as well as voice commands.

At this stage it is unclear if the Bragi Headphone will be landing locally, but we should be receiving greater clarity from their local distributors soon.

DeskStand Jumbo
How AI can shape a sustainable future
Read