With the launch of one of the most highly anticipated games of the year (if not the last few years) Diablo 3, eager players stormed Blizzard’s servers, only to be met by and stopped dead in their tracks with an Error 75 and rendered unable to play the game. Blizzard issued an apology, stating:

“We sincerely regret that your crusade to bring down the Lord of Terror was thwarted not by mobs of demons, but by mortal infrastructure. As many of you are aware, technical issues occurring within hours after the game's launch led to players experiencing error messages and difficulty logging in. These issues cropped up again last night for the Americas and Europe servers. Despite very aggressive projections, our preparations for the launch of the game did not go far enough.”

The company reassured that it has been “monitoring the game 24/7 and has applied several optimisations to help our systems better weather the global rush.”

It added that it would continue to monitor performance globally and “will be taking further measures as needed to ensure a positive experience for everyone. This includes some maintenance to implement additional improvements for each region.”

One of the casualties of the global demand on the Battle.net service is the delaying of the launch of the real-money auction house beyond the original planned 22 May launch date. The company encouraged players experiencing problems to visit the Battle.net support site or support forums for the latest service-related updates. 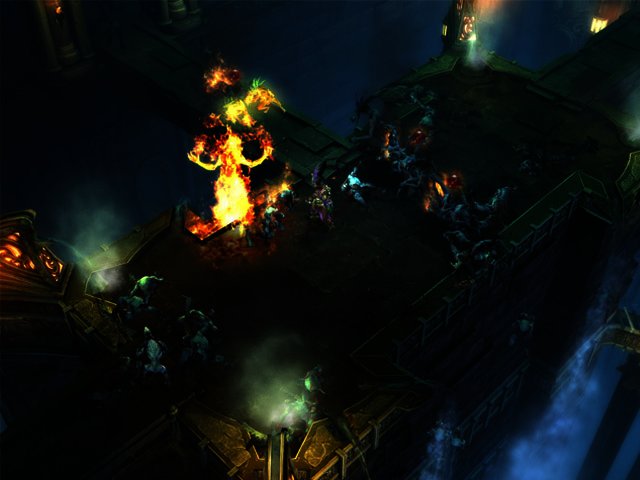 Electronic Arts (EA) has released new Crysis 3 screenshots and concept art, revealing more details about the next version of its popular FPS. Crysis 3 will only be released in 2013 and like its predecessor, the forthcoming title is also set in New York. Taking place in 2047, Prophet (who actually dies in Crysis 2) returns to the Big Apple, only to find the famous New York skyline a little different to how he remembers it.

The city is encased in a nanodome (Liberty Dome) and has become overgrown with trees, dense swamplands as well as raging rivers, with nasty Ceph of course lurking around every bush. This dangerous new environment creates the opportunity for advanced new weapons and tactics, with Prophet making use of a lethal composite bow, some devastating tech he “borrowed” from the invaders and an enhanced Nanosuit.

We can’t wait to employ some Predator-style ambush tactics in this game. Check out the rotating image block in the top right hand corner for more images. 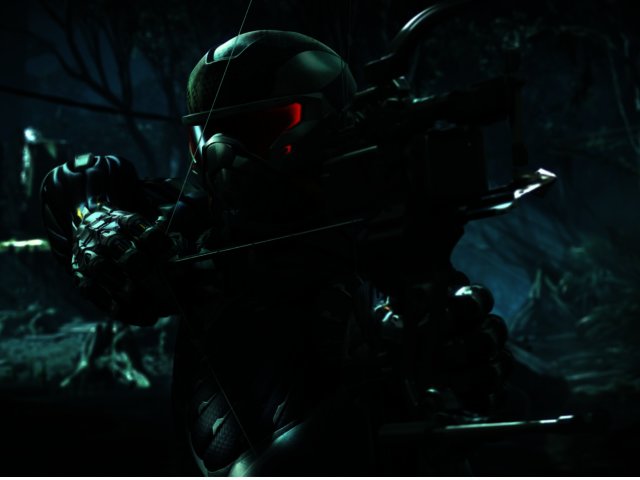 Following Konami's recent PES 2013 announcement, EA revealed some of the new features that will be coming to FIFA 13. The company stated that the latest title in the franchise will feature the most sophisticated artificial intelligence (AI) of any previous iteration of FIFA, with attacking AI enabling gamers to analyse space better whilst breaking down the opposition’s defenses. Your AI controlled teammates will be able to create or alter runs that capitalise on openings as these occur, or just position themselves better to allow for that seamless one-touch type of football.

The dribbling system within FIFA 13 has also been improved, with the new complete dribbling functionality allowing you to change direction quicker, accelerate faster whilst running with the ball, and to shield the ball more effectively from defenders for longer periods. Factors that include defensive pressure, the trajectory of the ball, as well as velocity of the pass will impact your player’s first touch, which should make it a bit easier for defenders to win back possession in certain one-on-one situations.

EA Sports also tinkered with the Player Impact Engine introduced in FIFA 12, in order to expand physical play from just collisions between players (and the referee) to off-the-ball battles between players. Defenders will now jostle for position, or force opponents into a poor position from which they can’t make a magical Messi-styled first touch.

In addition, FIFA 13 will also feature:

FIFA 13 will be released locally during spring for the PlayStation 3 with PlayStation Move support, Xbox 360 with support for Kinect, PlayStation Vita, Nintendo Wii, Windows PC, PlayStation 2, Nintendo 3DS, PSP (PlayStation Portable), as well as the iPhone, iPad, and iPod touch.

Japanese game publisher Square Enix is looking to breath some gaming life into Final Fantasy XIII-2 (FFXIII-2) for the last time, via the final set of downloadable content for the game. This DLC includes two new downloadable episodes, Lightning’s Story: Requiem of the Goddess (400 MS points on Xbox Live Marketplace; about R40 on PlayStation Network) and Snow’s Story: Perpetual Battlefield (320 MS points; around R32 on PSN).

In Lightning’s Story: Requiem of the Goddess (trailer posted below), the full arduous battle of Lightning and Caius is revealed, with gamers assuming control of Lightning who makes use of a special new ability only available within this episode. A word of warning to players yet to complete FFXIII-2, this episode includes crucial info about the overall storyline, which may act as spoilers.

In Snow’s Story: Perpetual Battlefield, Snow is engaged in battles at the Coliseum, when the Arbiter of Time shows up, looking to add to his  battle burden. This episode will enable players to bring an end to the Coliseum battles and unlock Snow as a party member for the main game.
Borderlands 2 Special Edition contents revealed

2K Games and Gearbox Software have lifted the lid on the details of two special editions of the forthcoming Borderlands 2 - the Deluxe Vault Hunter's Collector's Edition and Ultimate Loot Chest Limited Edition.

The Ultimate Loot Chest Limited Edition will include all of the content found in the Deluxe Vault Hunter's Collector's Edition, as well a collectible scaled replica of the red loot chests found throughout Pandora in Borderlands 2; steel book case; Creatures of Pandora wide-format ID chart; lithograph postcard set; field notes from Sir Hammerlock; cloth map of Pandora; and a numbered certificate of authenticity.

Both of the special editions will apparently be available for the Xbox 360, PS3 and PC, although we’re crossing our thumbs and hoping that both will be made available locally as well.

Additionally though, other bonuses will also be made available for those who pre-order the Deluxe Vault Hunter's Collector's Edition, Ultimate Loot Chest Limited Edition or the standard edition of Borderlands 2 alike, namely access to the Borderlands 2 Premiere Club.

This will enable players to download the Gearbox Gun Pack, a Golden Key, the Vault Hunter's Relic and an all-new fifth character class - the Mechromancer. The developers explained that the Gearbox Gun Pack is a collection of unique guns to help players begin their journey on Pandora, while the Golden Key is “used to unlock a rare in-game item in the mysterious Golden Sanctuary Loot Chest found in Borderlands 2.” The Vault Hunter's Relic is an in-game item that boosts players' gear-hunting fortune while playing solo or teaming up with friends.

Additionally, the Mechromancer character class will be made available after the game has launched, and will also be purchasable for those who pre-order the title. 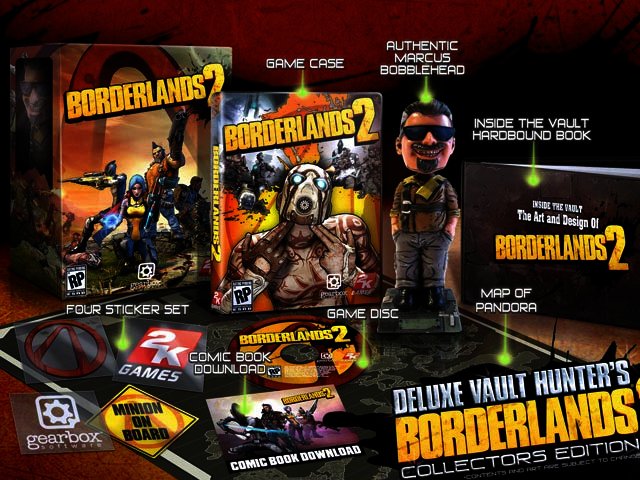 A new trailer for the forthcoming Harley Quinn’s Revenge downloadable content (DLC) has been released, showing some gameplay details and giving those who loved Batman Arkham City another reason to venture back into the city prison.

The DLC shows how far over the edge one of the standout psychopaths in Batman: Arkham City has fallen, further convincing us that Quinn is steadily moving from becoming less of a sidekick and closer towards The Joker’s female counterpart. The DLC sees the femme fatale setting a trap for Batman and then shooting him, leaving Robin (who will be playable) to rescue his mentor from Quinn’s murderous grasp.

The new content will apparently be part of the forthcoming game of the year edition, and will be available for download for Xbox 360, PC and PS3 in ten days time.
Contributions by Hanleigh Daniels.
TAGS:
Gaming News Round-upcomputer and videogamesPlayStation 3DLCXbox 360Nintendo
USER COMMENTS