The Sony Z5 Premium has taken some time to get here. Unlike its smaller Xperia brethren, which arrived in South Africa last year, the 5.5" Premium only landed more recently. As such, it's going up against some tough competition, with the Galaxy S7 edge (review) and LG G5 (review) already setting a high standard for Android devices. The Z5 Premium does, however, have one trick up its sleeve - a 4K display. Is this enough though? 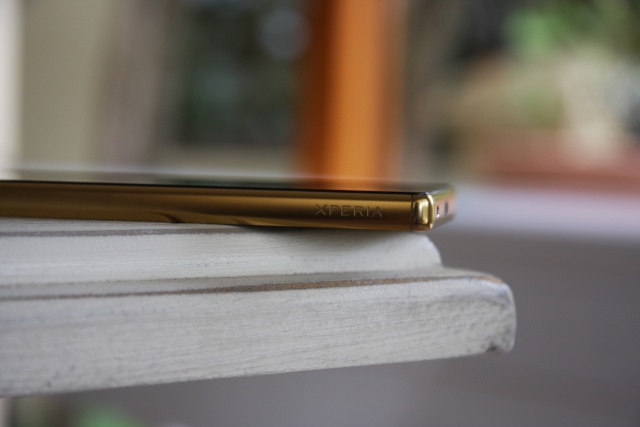 When it comes to design, nothing has changed. As seen in previous Xperia devices, the familiar feel of metal and glass is present. It's a design aesthetic that's remained unaltered for quite a few generations of Xperia phones. That said, while the 5.5" Premium looks much like the standard Xperia Z5 (review), in hand the experience is far different.

The large glass back cover makes handling the device a tad more difficult. This is because the surface area of the glass is greater on the 5.5" Premium compared to the 5.2" standard Z5, resulting in difficult one-handed grip and operation.

Grip isn't improved by the aluminium frame, which has a glossy finish as opposed to the matte one on the other Z5 devices. As a result, the 180 g Premium is harder to pick up, and for those typing long text messages, playing games or web browsing, the increased dimensions means that you'll be switching between hands to hold this phablet for extended periods. The glass back cover also proves a magnet for fingerprints, something I've cited with previous Xperia devices. 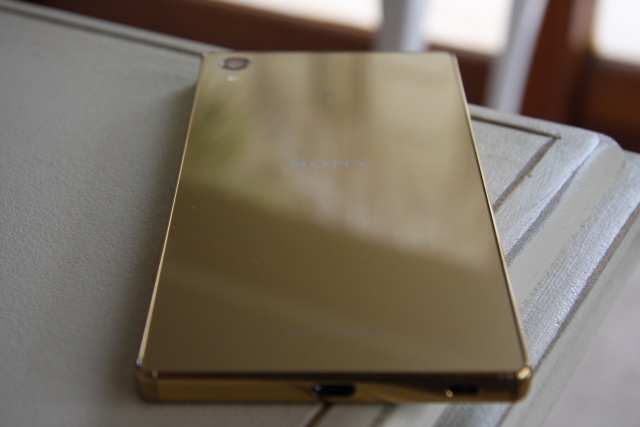 The stylistic similarities of the different Xperia Z5 devices bare some resemblance to one another, but they sport the same specifications. As such, the Z5 Premium has a Qualcomm Snapdragon 810 chipset to call upon. This octa-core setup is made up of two quad-cores working on specific applications, clocking at 1.5 GHz and 2.0 GHz respectively. This is complimented by 3 GB of RAM, meaning the Z5 Premium is not underpowered in this regard. 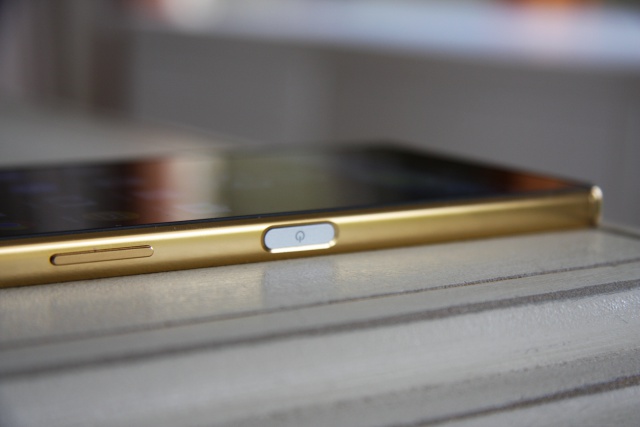 The result is one of the best benchmark performances I've done on a phablet in quite some time. On AnTuTu (v6.0.1 3D), it raked up a total score of 78 255, compared to the mark of 39 750 set by the similarly sized Huawei Mate S. As such, for users looking for a multitasking Android phablet that isn't made by Samsung, the Z5 Premium could certainly fit the bill.

There are also a few extras thrown in to sweeten the deal, with a fingerprint sensor embedded into the right side-located power button, a microSD slot for up to 200 GB storage (32 GB onboard), as well as the IP68-rated water proofness and dust resistance that high-end Xperia devices are known for. Added to this is the promise of two days of battery life from a 3430 mAh unit. While I won't go so far as to say it can manage two full days without requiring a charge, it can muster a full day with at least 25% battery left. An important aspect to take into account however, is whether you're viewing a lot of videos or movies on the Z5 Premium, which certainly chows into battery life. 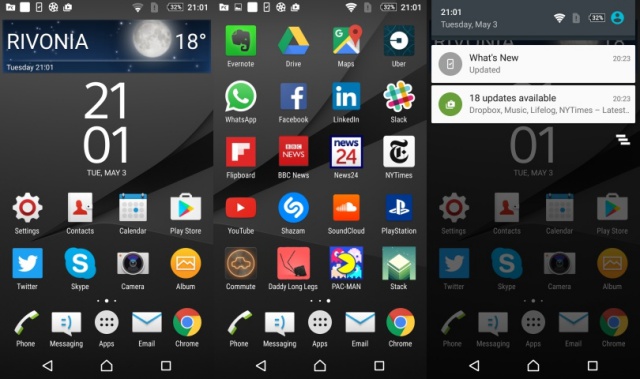 This brings us to the two things setting the Z5 premium apart from its competition - its camera and 4K display. The latter gets all the attention, but let's first touch on the 23 MP camera the Xperia X5 Premium sports. It's the same setup as the other Xperia Z5 devices, yielding a very similar experience. This newly enhanced camera is great at shooting in a number of different light conditions, the only hampering aspect is the autofocus which is a tad slow. Other than that, only the Galaxy S7 edge has produced better pictures during my reviews in recent months. 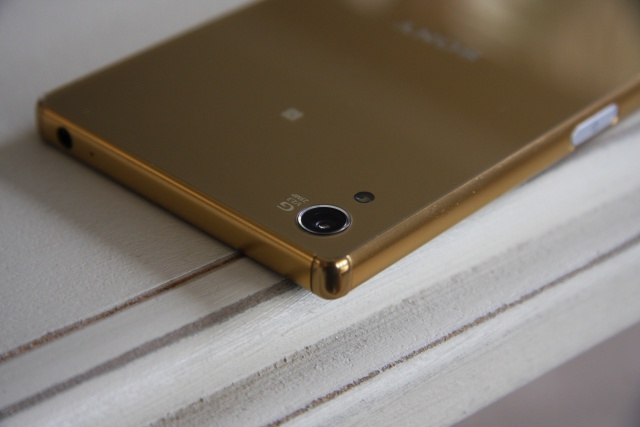 Moving onto the display, the 4K (2160x3840) on the Z5 Premium is superb. I must admit, it did not initially impress me as much as the display on the LG G3 (review) did in 2014, or the Galaxy S6 (review) last year, but it certainly is a great all-round performer. Whether you're watching movies, playing games or simply browsing the internet, the Z5 Premium's screen is crisp, clear and detailed. To that end, the quality of the 806 ppi pixel density on offer is a great addition. I only hope that more 4K content is made available for mobile devices in the coming year, so opting to purchase the Z5 Premium can pay dividends.

For now though, the major benefit of the Z5 Premium's display is the ability to watch the 4K videos you've recorded on an actual 4K display, something users shooting video via their mobile device will definitely enjoy. 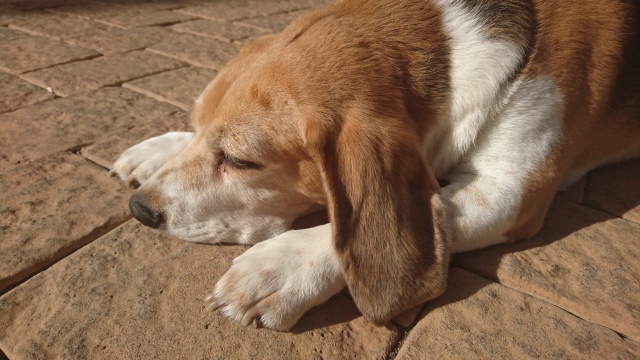 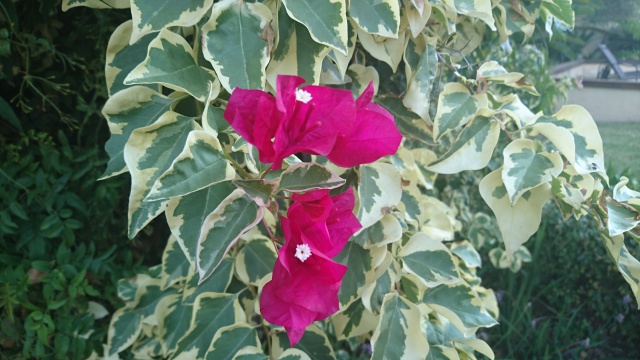 Retailing for R13 800, the Z5 Premium is quite an investment. But the fact that it's the only phablet touting a 4K screen at the moment gives it a distinct edge. For phablet users aiming to be ahead of the pack, the Z5 Premium should indeed stand you in good stead, especially if you put said 4K capabilities to use on a regular basis.

My only concern is handling. There are certainly larger phablets out there, but the 5.5" Xperia Z5 Premium is difficult to hold for extended periods as a result of the materials used for its body, specifically the amount of glass on offer. If you can manage this issue with relative ease, then the Xperia Z5 Premium is a solid all round phablet with some enviable components at its disposal. 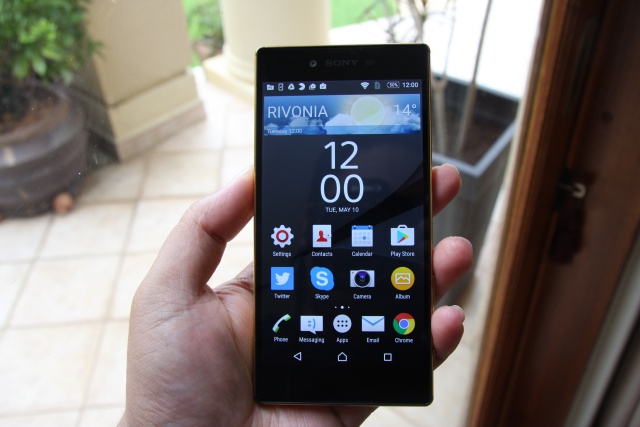