Carrying on from the strong momentum of last year, 2015 saw a number of high powered mid-range devices flood the market. As such, those often tempted by the allure of a flagship had a few more cost savvy options at their disposal. With that in mind, here are the six best mid-range smartphones that money can buy in 2015. 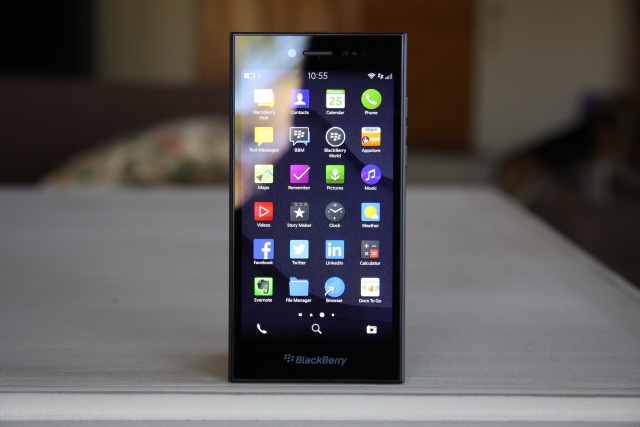 Much like HTC, BlackBerry has found it hard to leave a lasting impression in 2015. They did, however, come up with a surprising offering this year akin to the Passport (review) they unveiled in 2014. Despite the company billing it as a smartphone for "startups", the Blackberry Leap was offered one of the best all-round devices we've seen from them in years.

When you check the specs, it’s perhaps slightly off par from the rest on our Top 6:  5" (1280x720) display, 8 MP camera, dual-core 1.5 GHz processor and 2 GB of RAM. While the Snapdragon S4 processor on offer was less than we were expecting, the Leap never feels underpowered or incapable of multitasking. Added to this is the BB10 OS, which in the hands of a seasoned professional can turn the Leap into a pretty handy productivity tool. While BlackBerry has lost its lustre of late, the Leap's R4 000 price tag makes it shine just a little bit more. 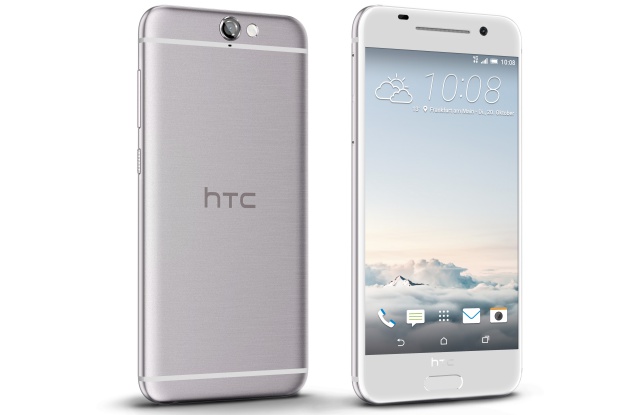 It has been a tough year for HTC. The One M9 (review) did not have the desired impact the Taiwanese manufacturer hoped it would, and they've remained relatively quiet ever since. That changed in October with the debut of the One A9, a high-end mid-range device coming in at a hefty R10 200.

Similar to the original HTC One (review), the One A9 has an aluminium unibody design that certainly does as good an iPhone impression as we've seen. The One A9 boasts a  5" (1920x1080) full HD display up front. Internally we find an octa-core Qualcomm Snapdragon 617 processor clocked at 2.7 GHz and 3 GB of RAM. As such, the One A9 might not be the fastest phone around, but should take heavy multitasking  in its stride. The HTC One A9 then, seems a phone perfect for those looking for style and substance. 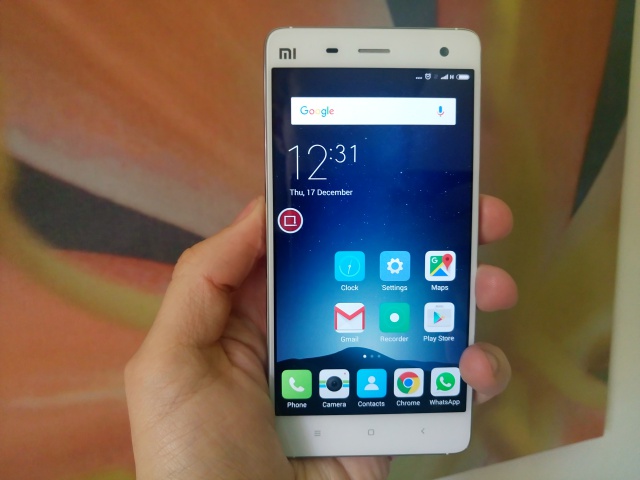 A late entry onto our list, the Mi 4 from Chinese manufacturer Xiaomi serves as a wakeup call for others. At a low R3 800 it offers specs that can easily rival any phone on the list, with two being particularly noteworthy. Its crisp 5” full HD (1920x1080) screen is fantastic, while the heavy lifting quad-core Snapdragon 801 chipset (2.5 GHz) gives a number of much higher priced devices a serious run for their money. Add to this 3 GB of RAM, 16 GB of storage and a quick 13 MP f1.8 camera and you have yourself a winner.

If only Xiaomi included LTE and perhaps slimmed the body down, it would have been a serious contender for top spot. While still relatively unknown locally, Mi is a name you’ll hear a lot more of in future. 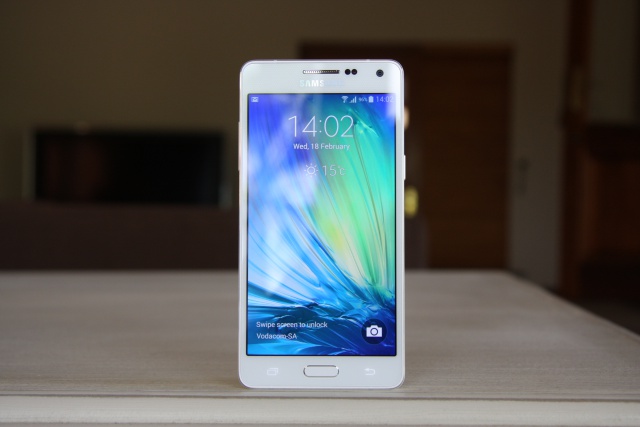 When it comes to Samsung's Galaxy range, the Note and S series often claim all the praise. In 2015, however, the A series is certainly also playing its part. Although the Galaxy A5 is a mid-range device, the South Korean manufacturer has not scrimped on design or materials. In fact, it lends the same aluminium frame as that of the Galaxy Note 4 and gives the device a very premium feel in hand.

Added to this is a solid array of specifications and extras to make the A5 a true standout in the mid-range market. Its defining features are the 5" (1280x720) display up front and 13 MP camera on the back. Although not Full HD as others in this line-up, the A5's screen remains a great option from a content viewing perspective. The camera is equally impressive, with a quick autofocus akin to that of the Galaxy S6 (review). For a large part of 2015 the Galaxy A5 was the mid-range phone to beat and is still a worthwhile investment at R6 500. 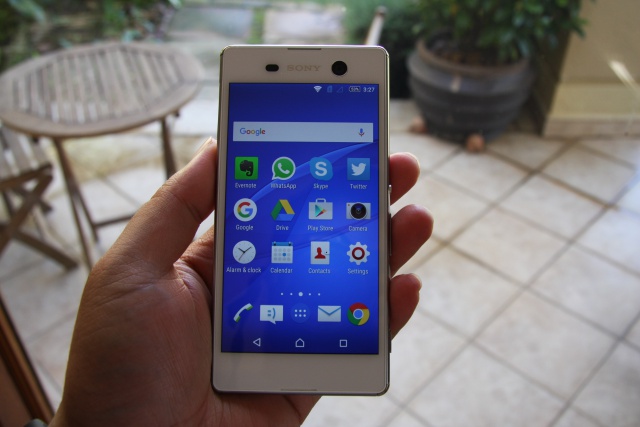 Sony has been on a mission of late on the mobile front. While still producing flagship devices, the mid-range market is where it aims to dominate in coming years. The Sony Xperia M5 is one of the first devices from the Japanese manufacturer to begin the assault. Despite looking much like its predecessor (review), the LTE enabled M5 surprises at every turn and offers a combination of elements too good to beat.

This 5" Full HD (1920x1080) all-rounder has a number of features that should have even flagship counterparts worried. Chief among them is a 21.5 MP camera that shoots as crisp an image as we’re yet to find on a smartphone. The internal setup is equally impressive with a Mediatek Helio X10 quad-core processor doing the heavy lifting and 3 GB of RAM to handle multitasking. If you've got R6 000 to spend on a smartphone upgrade, look no further than the M5. 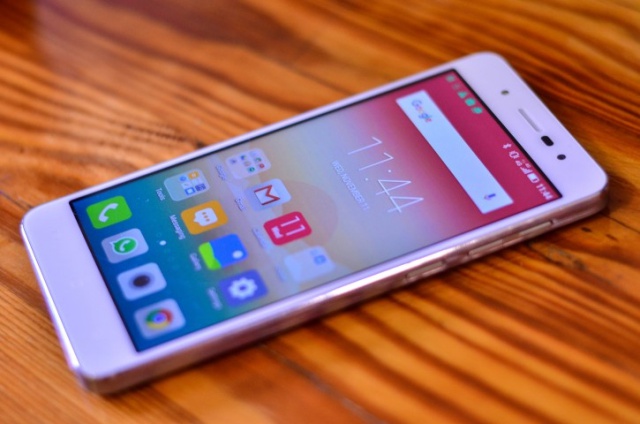 Surprising everyone in the office this year was Hisense's Infinity PureShot LTE L671. While the name is quite the mouthful, its R3 500 price tag is anything but. For that amount of money we weren't expecting much, but the Infinity PureShot had plenty of tricks up its sleeves, all of which were welcome surprises.

As is the mid-range norm, at least for 2015, a 5" (1280x720) screen is found up front. It also has all the other elements you'd expect from a solid mid-range offering. Handling the processing is an octa-core Snapdragon MSM8929 chipset, which clocks at a respectable 1.36 GHz, with 2 GB of RAM making for smooth operation. The PureShot's real party trick is its dual-SIM orientation and LTE compatibility. As such, for any savvy users who value data and download speeds, the Infinity Pureshot becomes a very intriguing prospect. When you factor in its very wallet friendly price tag, it becomes even more so.